Only a few years ago, developers were primarily debating whether to use Angular or React for their applications. However, recently, interest in a third player known as Vue.js has grown.

In this blog post, we are going to dig deeper and explain to you the basic differences between the three and which one you should choose for web development. So, sit tight, this post will help you decide which JavaScript framework to use if you are a developer just starting out on a project or a startup looking to outsource your project.

Let’s take a look inside each of the three major front-end development frameworks to understand what makes them unique and where they excel. We want to shed some light on the topic of choosing the best framework and provide a solution to the primary question: “Which framework should I choose – Angular, React, or Vue.js, and why?”

A Brief Introduction of Angular vs Vue vs React

Before we get into the technical details, let’s first know about the frameworks to appreciate their philosophy and evolution over time.

AngularJs is a Google-developed open-source web framework that was first released in 2009. Furthermore, the framework functions as a JavaScript library that developers can use to create dynamic website features and components. Importantly, AngularJS was built to assist developers in the creation of Single Page Applications (SPA).

To clarify, SPAs are web applications that do not require page reloading. Google Maps, Facebook, and Gmail are examples of such apps. SPAs also have an excellent user experience due to the browser’s simulation of a “natural” environment. In other words, as the name implies, it is a single web page that uses JavaScript to load all of the application’s content. 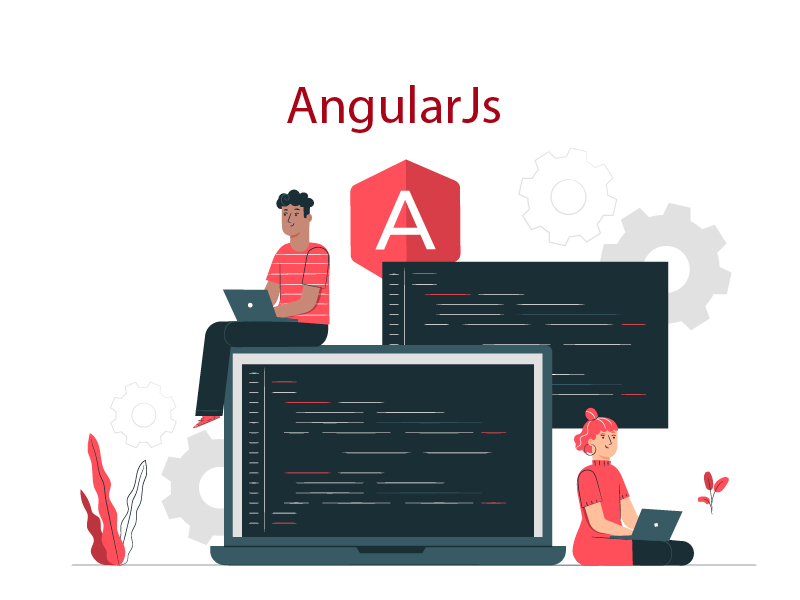 Another famous open-source JavaScript library is ReactJS. Furthermore, some developers regard ReactJS as more of a library than a web framework. ReactJS is another one of those libraries that are created and supported by large tech businesses. Facebook is the entity behind the library in this situation.

The JavaScript library was launched by the social media giant in 2011 with the goal of assisting developers in solving difficulties linked to the efficient providing of massive data volumes. 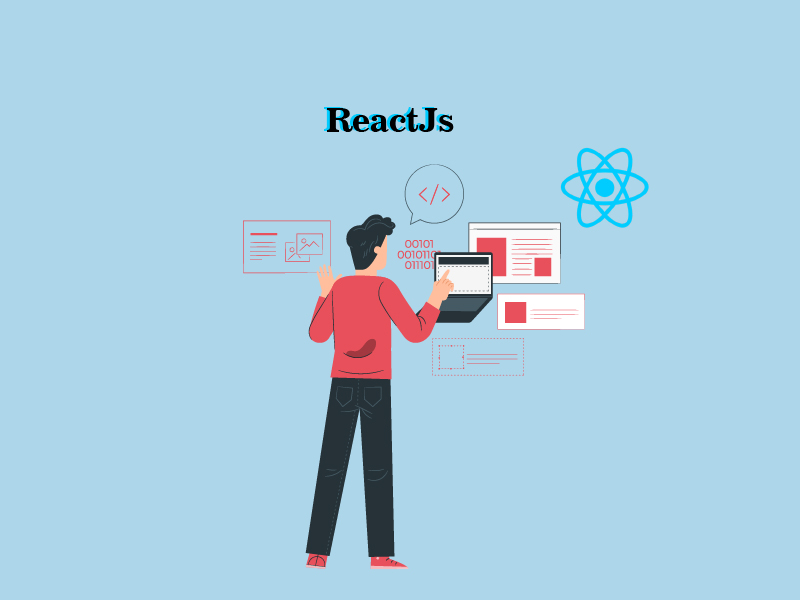 VueJS is another prominent JavaScript-based web framework. Evan You, a former Google employee, designed it in 2014. After working with AngularJS, Evan wanted to create a JavaScript library that incorporated the advantages of AngularJS while being lightweight. Because of this, the two frameworks have a lot in common; nevertheless, VueJS has a less steep learning curve than AngularJS. 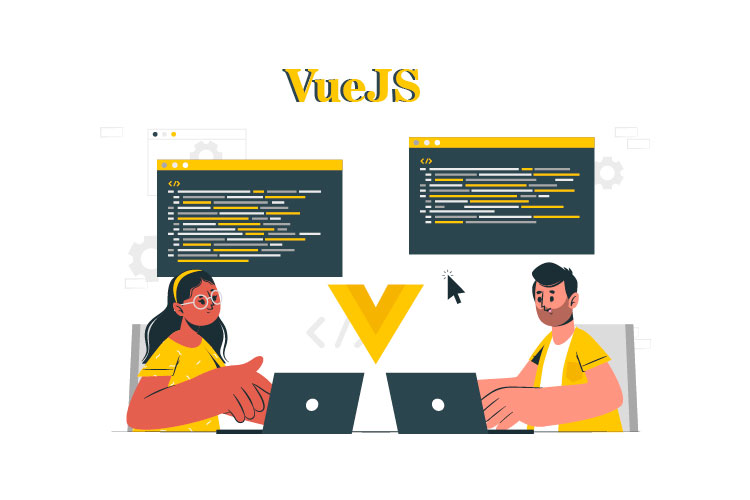 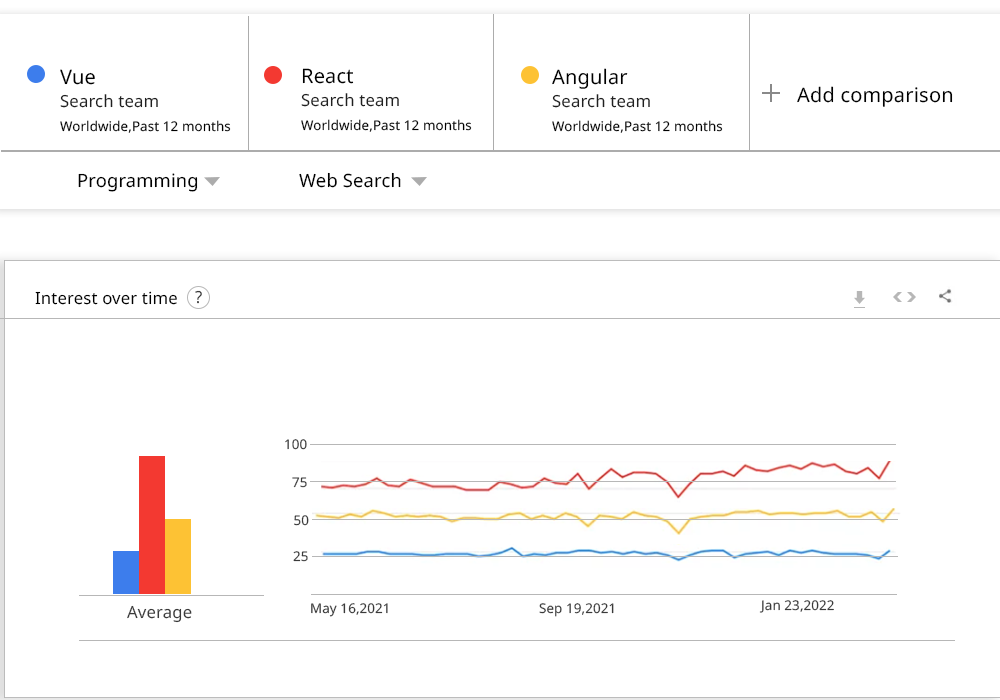 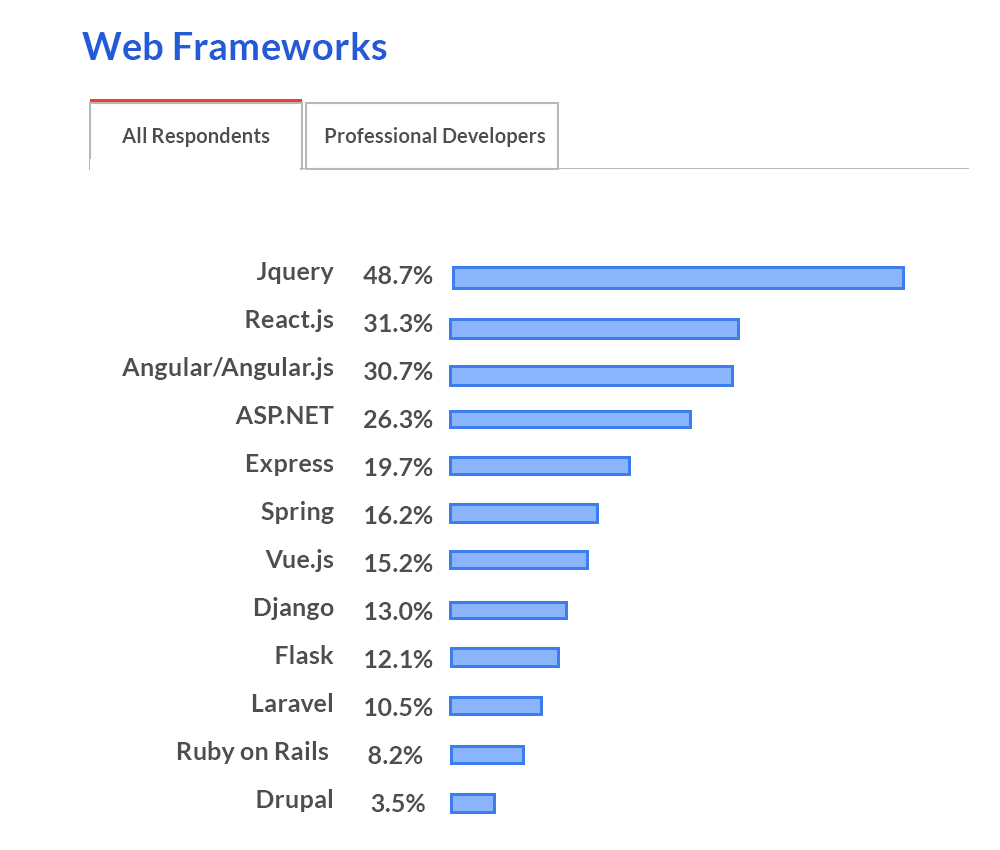 Vue.js is only in 7th place among the frameworks, although it is actively developing. Angular.js 2022 is more popular and is just one position behind React.js. 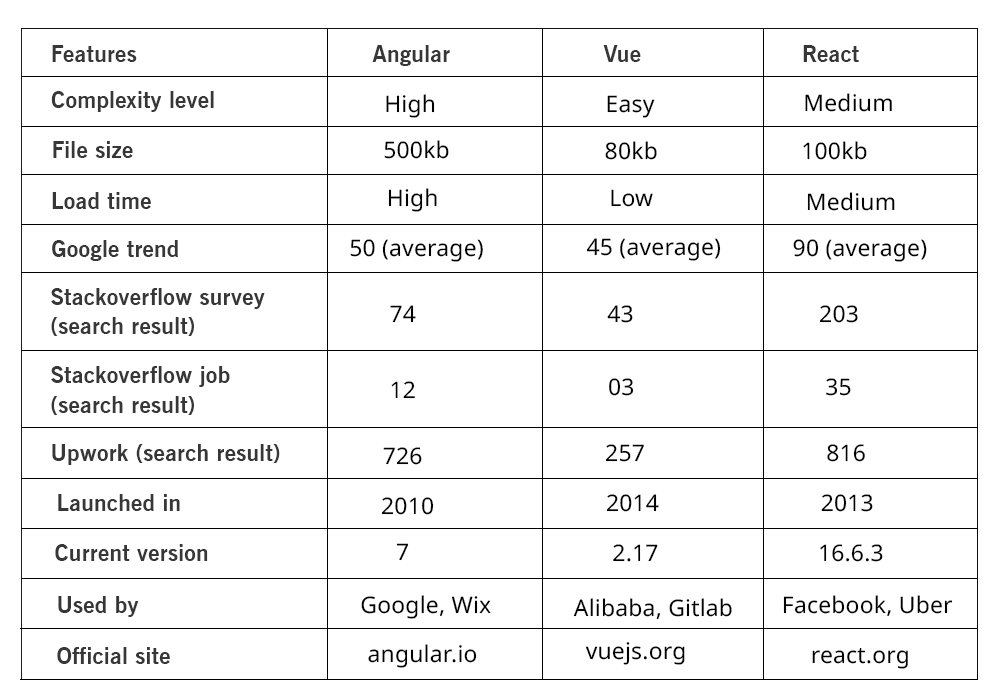 Why & When should you choose Angular.js?

Why & When should you choose React.js?

As per their background, developers will have varied points of view on which framework of the three is the easiest to learn.

As Angular uses TypeScript, which is a subset of JavaScript, its learning curve happens to be steep. The components, syntax, and modules that you use can appear quite different from the JavaScrip syntax that you are used to. Though angular has a lot of robust, built-in features which lead developers into certain coding patterns that can prove to be quite helpful in creating applications.

ReactJS has, what we say, a medium-to-steep learning curve. Though it uses an ‘everything is JavaScript’ approach, there are two conditions to ReactJS. First is that it works best with ES6 syntax, which can prove to be challenging for a beginner developer. The second is the use of JSX, which is a syntax hybrid of HTML and JavaScript and is not used for typical JavaScript projects. Because JSX looks like HTML, it can be difficult at first, but is still JavaScript, leading to some confusion in understanding the code.

Angular vs Vue vs React: Who wins?

Let us review the characteristics of each framework at the end of this post to try to answer the question: Angular vs Vue vs React: which one should you choose?

Angular is the most mature framework, with a large community of contributors and a comprehensive set of features.
However, the learning curve is steep, and novice developers may be scared off by Angular notions.
Companies with large teams and developers that already use TypeScript should consider Angular.

React is just old enough to be mature, with a large number of community contributions. It has earned a lot of popularity. The job market for React is booming, and the framework’s future seems promising.
React appears to be a decent alternative for newcomers to front-end JavaScript frameworks, startups, and developers who value flexibility. Its ability to smoothly interact with different frameworks is a huge plus for individuals who want more freedom in their coding.

Vue is a newcomer to the market, with no substantial corporate support.
However, it has done exceptionally well in recent years to establish itself as a serious contender to Angular and React, particularly since the introduction of Vue 3.0. This could explain why Chinese behemoths like Alibaba and Baidu have chosen Vue as their preferred front-end JavaScript framework. If you want simplicity but yet want flexibility, Vue is the way to go.

The conclusion to the Angular vs. Vue vs. React discussion is that there is no absolute best choice, which you probably expected.

Each of these libraries has its own set of advantages and disadvantages. One of them will be more suitable than the others depending on the project you’re working on and your specific requirements. It’s crucial to conduct your own research before making a decision, especially if you’re working on a company initiative rather than a personal effort.

Which framework, Angular, Vue or React, do you believe is the winner here? Please let us know in the comments section below.