The latest Statista research shows that over 48% of developers worldwide use Python for software development. Python is among the most popular programming languages, with major firms like IBM, NASA, Spotify, and Instagram using them.

The popularity of Python is because of its vast range of libraries, packages, and frameworks. A Python application framework is a collection of modules and packages that allows developers to build apps through a pre-built implementation of redundant functions. They release developers from minor issues like thread management, sockets, and protocols.

Why Should I Go for Python App Development?

Python is best suited for creating dynamic applications integrated with CRUD operations and avoiding repetitive coding for activities like authentication and sessions. It also provides an execution system when you’re building a separate UI with associated logic.

Python is also the best option when you have strict deadlines and time and resource constraints. From full-stack and DevOps to AI/ML, data engineering, and data science, Python offers all-around development options.

Here are some reasons why Python is the king of programming languages:

What are the Types of Python App Development Frameworks?

There are three types of Python application frameworks: Microframework, Full-stack, and Asynchronous Framework. A Python micro-framework is easy to use with basic capabilities or features required for web development and does not have added functionalities like form validation and data abstraction layers. They are lightweight and useful for building small applications.

Some popular examples of Micro Python frameworks include CherryPy, Bottle, Falcon, and Dash. A full-stack framework is an end-to-end solution for web and app development with functionalities like template layouts, form validation, form generator, and so on. It is the most convenient and popular Python framework since it offers features of back-end functions, front-end interfaces, and databases.

Some popular examples of Full-stack Python frameworks include Django, Pylons, CubicWeb, and Giotto The asynchronous framework empowers developers to work on large amounts of concurrent connections, databases, web servers, connection libraries, high-performance networks, and so on. It is gaining widespread popularity recently since the development of the Asyncio library.

Some examples of Asynchronous Python frameworks are Tornado, Growler, AIOHTTP, and Sanic.

How to Choose the Right Python App Development Framework?

The most essential factor before selecting the right framework for development is the nature, size, and complexity of the project. For example, you can opt for a micro-framework for a smaller project while considering full-stack frameworks for larger projects.

Also, here are some examples of frameworks based on the project’s nature. Here’s a list of the most popular python app development frameworks:

Django is a high-level development Python framework for creating both mobile and web apps that operate on a power ORM and follows the Model View Controller (MVC) pattern, making the code reusable and readable. It has built-in tools like URL routing/parsing, authentication system, form validation, template engine, and caching to ensure a swift development process.

Django follows the DRY (Don’t Repeat Yourself) concept and focuses on rapid app development with a neat design. It is the first choice of developers for any Python project due to its versatility, customization, scalability, deployment speed, simplicity, and compatibility with the latest Python versions.

According to a Stack Overflow survey of 2020, Django and Flask are the most popular Python frameworks. Popular examples of apps built with Django include Instagram and Spotify. 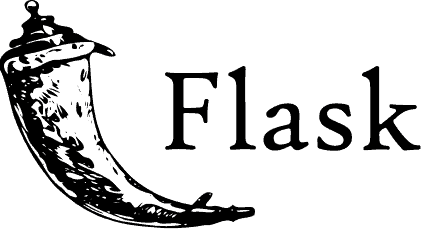 Flask is an open-source, lightweight, and the best Python microframework with a built-in development server, debugger, HTTP request processing, file storage, and support for establishing client-side sessions. It has a modular and adaptable design and added compatibility with Google App Engine.

Besides Django, Flask is another popular Python framework with the Werkzeug WSGI toolkit and Jinja2 template. Flask comes under the BSD license and it is inspired by the Sinatra Ruby framework. Popular examples of apps developed with Flask include Lyft and Netflix.

Web2Py is an open-source, full-stack, and scalable Python application framework compatible with most operating systems, both mobile-based and web-based. It is a platform-independent framework that simplifies development through an IDE that has a code editor, debugger, and single-click deployment.

Web2Py deals with data efficiently and enables swift development with MVC design but lacks configuration files on the project level. It has a critical feature, a ticketing system that auto-generates tickets in the event of issues and enables tracking of issues and status. 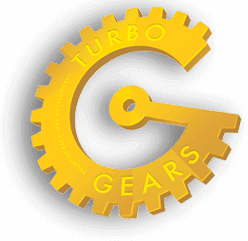 TurboGears is an open-source, full-stack, data-driven popular Python web app framework based on the ObjectDispatch paradigm. It comes with a powerful ORM and supports intelligible templating.

TurboGears is useful for building both simple and complex apps with its features implemented as function decorators with multi-database support. It offers high scalability and modularity with MochiKit JavaScript library integration and ToscaWidgets for seamless coordination of server deployment and front end. 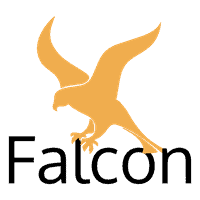 Falcon is a reliable and secure back-end micro Python application framework used for developing highly-performing microservices, APIs, and large-scale application backend. It is extensible and optimized with an effective code base that promotes building cleaner designs with HTTP and REST architecture.

Falcon provides effective and accurate responses for HTTP threats, vulnerabilities, and errors, unlike other Python back-end frameworks. Large firms like RackSpace, OpenStack, and LinkedIn use Falcon.

Falcon has the ability to handle most requests with similar hardware to its contemporaries and has total code coverage.

CherryPy is an object-oriented, open-source, Python micro framework for rapid development with a robust configuration system. It doesn’t require an Apache server and enables the use of technologies for Cetera templating and accessing data.

CherryPy is one of the oldest Python development frameworks mainly for web development. Applications designed with CherryPy are self-contained and operate on multi-threaded web servers. It has built-in tools for sessions, coding, and caching.

Popular examples of CherryPy apps include Hulu and Juju.

Tornado is an open-source asynchronous networking Python framework that provides URL handling, HTML support, database support, and other crucial features of every application.

Tornado is as popular as Django and Flask because of its high-performing tools and features except that it is a threaded framework instead of being WSGI based. It simplifies web server coding, handles thousands of open connections with concurrent users, and strongly emphasizes non-blocking I/O activities for solving C10k difficulties. 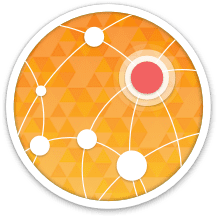 AIOHTTP is a popular asynchronous client-side Python web development framework based on the Asyncio library. It depends on Python 3.5+ features like Async and Awaits.

AIOHTTP offers support for client and server WebSockets without the need for Callback Hell and includes request objects and routers for redirecting queries to functions.

Kivy comes with a project toolkit that allows developers to port apps to Android and has a similar one for iOS. However, porting Python apps to iOS currently is possible with Python 2.7. 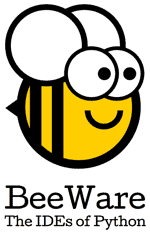 BeeWare is another Python framework for mobile app development that enables developers to code apps in Python and cross-compilation for deployment on several mobile platforms and OS like Android, Linux GTK, iOS, and Windows.

The primary repository of BeeWare gets updated often with added commercial support including technical support, consulting, and training.

Python has several app development frameworks and selecting the perfect fit can prove tough with several factors to note from budget and complexity to scalability, additional features, learning curve, and so on.

Fortunately, you can get the right pick for your project with OnGraph, a leading Python Development Company that offers tailored Python development solutions with proven expertise in various Python application frameworks like Django, Flask, TurboGears, Kivy, and Tornado.

Reach our Python experts now to develop a successful project.