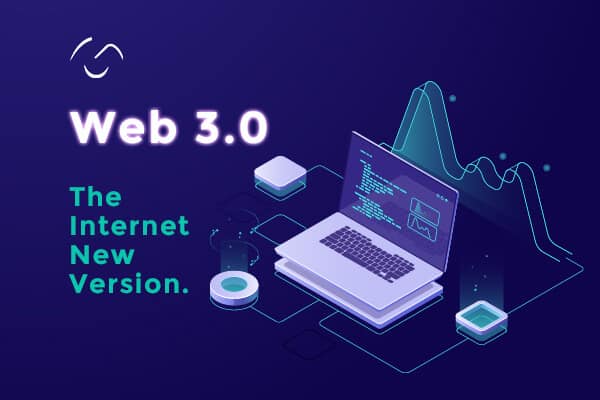 The rise of blockchain-based technologies such as cryptocurrency, NFTs, metaverse, blockchain, and distributed ledger technology, among others, is being heralded as the dawn of a new era of the internet — a more transparent and open version of the internet controlled by users rather than tech behemoths like Google and Facebook.

Some experts believe that the decentralized Web, also known as Web 3.0, would improve the digital world’s transparency and democratization. Web 3.0 has the potential to establish a decentralized digital economy in which users own and control all aspects of their online identity. Some believe it will put an end to existing centralized systems that promote data exploitation and privacy violations.

The concepts and disagreements that led to Web 3.0 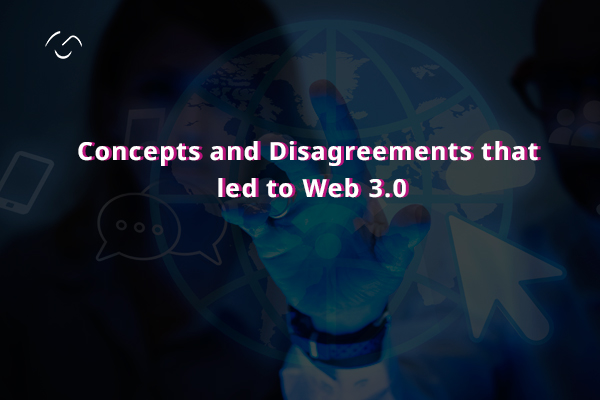 Tim Berners-Lee coined the term “Semantic Web” in 1999 to describe an advanced version of the present internet that would be mostly controlled by “intelligent agents,” or machines that could interpret content in a human-like manner. In the May 2001 Scientific American article “The Semantic Web,” Berners-Lee and colleagues described this idea as “an extension of the current web in which information is given well-defined meaning, better-enabling computers and people to work in cooperation.”

Recent developments suggest that Web 3.0 will not be exactly like Tim Berners-proposed Lee’s Semantic Web, but it will be a step toward open, trustless, and permissionless networks.

Berners-Lee envisioned the World Wide Web as an open information center, a universal area that is not controlled by a central authority and can be accessed by anybody without permission when he created it. Some experts believe that Web 3.0 represents a return to Tim Berners-original Lee’s internet concept.

The World Wide Web has been around for more than 30 years, and over that period, the internet has gone through several stages of development. There is no textbook definition of Web 3.0. By going through these stages, you can get a sense of how Web 3.0 may alter the online experience in the future.

Web 1.0- The read-only age of the Internet

This was the very first version of the internet, which was created in 1989. The early Internet was mostly made up of web pages connected by hyperlinks. It was also known as the “read-only” web since it was not interactive in any way, and much of the user input was done offline. Individual web pages were static pages that were housed on internet service providers’ web servers. Web 1.0 was largely used to read about things, obtain updates, and use linear text chat. Running commercials were, maybe unexpectedly, prohibited.

Web 2.0- Changing phase of the Internet

Around 1999, Web 2.0 arose as a result of the rise of social media platforms, digital advertising, blogging, and other services that allowed users to engage with the internet. Web 2.0 refers to a shift in how people use the internet rather than any specific technical enhancements. The internet has evolved from a read-only platform to a platform for content creation and interactive experiences.

The iPhone’s introduction in 2007 popularized mobile internet connectivity, allowing us to stay connected at all times. Web 2.0, on the other hand, meant that in addition to allowing us to add information to the web, it also allowed the web to collect data from us. It can track our locations, purchasing patterns, financial activities, and so on.

There is no doubt that the internet has become more useful, engaging, and integral to our lives in this period, but this has also resulted in the web’s centralization.

It has ushered in new ways of organizing and communicating with others, as well as increased collaboration. However, it has created new chances for online stalking, cyberbullying, doxing, disseminating false information, identity theft, and other forms of online harassment.

Some attribute this to the fact that Google, Microsoft, Amazon, and Facebook control the majority of the internet services we use today. Users have no influence over how their data is used, and there have been numerous charges that these multibillion-dollar corporations deceive users, profit from their data, and constitute a serious threat to democracy and freedom of speech.

This is also why many blockchain technology experts regard Web 3.0 as a safer and much-needed internet version.

Web 3.0- The future of the Internet

In 2006, Web 3.0 was invented by John Markoff, a reporter for The New York Times. In many ways, Web 3.0 is a return to Berners-original Lee’s Semantic Web concept, in which no central authority approval is required and no central controlling node exists.

Here are a few characteristics of Web 3.0:

Web 3.0 will be built on new sorts of technological innovation, such as edge computing, decentralized data networks, blockchain, and artificial intelligence, as opposed to Web 2.0, which was driven by breakthroughs in mobile internet, social networks, and cloud computing.

Though we have yet to see a complete transition to Web 3.0, tech experts and blockchain aficionados have been making some optimistic predictions about how the internet might appear in the future. 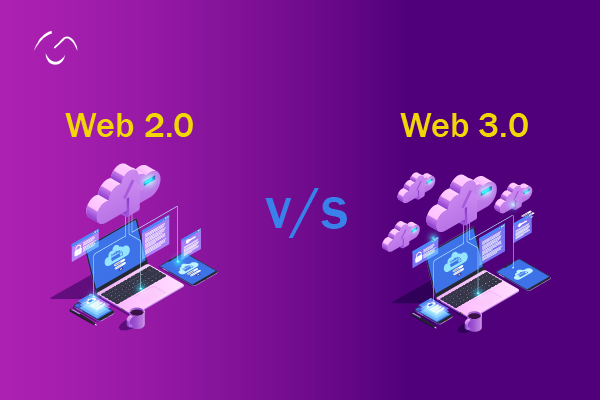 When it comes to the advanced stages of the internet, the development phase of Web 3.0, which is aided by artificial intelligence, has enabled technology to deliver detailed information to people engaged in daily activities. In a real-life context, search engine optimization and new order probability provide clarity of information about the query.

Web 3.0 takes a realistic approach to dynamic performance, focusing on predicting answers based on user priority. As gadgets such as smartphones and autos are increasingly connected to the internet, an executable 3.0 engages dynamic content and conducts machine interaction. Web 2.0, on the other hand, encourages data exchange.

Why is web 3.0 said to be the future of the Internet?

Web 3.0 is a semantic web system that, according to Tim Berners-Lee, will act as a self-governing, intelligent, and open Internet.

By collecting data in an encrypted format and structuring it in a decentralized manner, Web 3.0 enables cutting-edge privacy. Making the Internet open to anyone while still keeping it private proved to be a huge leap.

Web 3.0 is a bizarre mix of ubiquity, semantic web, artificial intelligence, big data, and blockchain that aims to decentralize the internet and give consumers more control.

Web 3.0, to be specific, is developing a true democracy in the virtual world.

The Internet’s futuristic interaction is yet uncertain since it signifies enormous power and practical use that will radically expand over time.

What is NFT Domain? 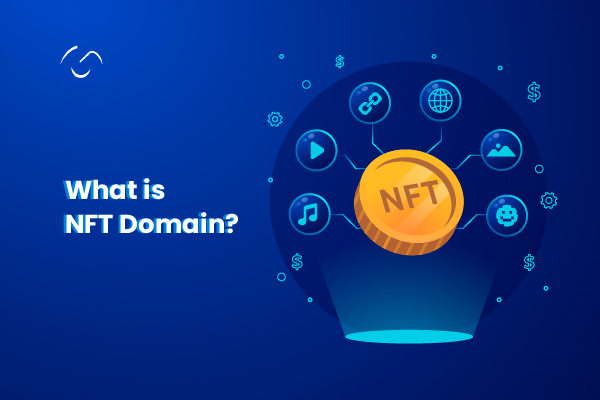 NFT Domains, like bitcoin, are stored in the owner’s wallet and cannot be taken away by a third party. You only have to pay once, and the domain is yours for life, with no renewal fees.

One of the most significant elements of an NFT Domain is self-custody. This is how your domain becomes decentralized, and how you have ultimate control over it!

A self-custody option is conceivable since your domain is a blockchain asset that may be stored in your wallet like a cryptocurrency. This custodial approach bestows “superpowers” on your NFT Domain that ordinary domains lack.

What is the relationship between web 3.0, blockchain, and cryptocurrencies? 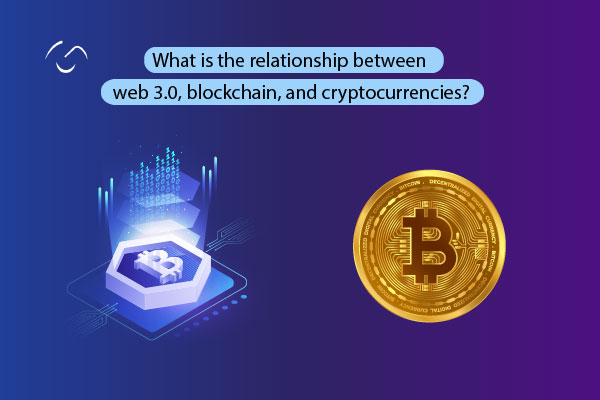 Relationship between web 3.0, blockchain, and cryptocurrencies

Web 3.0 will be based on a decentralized system, such as a blockchain, to ensure the highest levels of security, privacy, and openness.

To effortlessly automate, grow, integrate, and function over the Internet, the future web 3.0 will build encrypted links with decentralized applications, artificial intelligence, non-fungible tokens, and cryptocurrencies.

Peer-to-peer systems will flourish, and governments will encourage transactions via NFTs and cryptocurrencies in order to advance toward a decentralized economy.

It’s unclear how long it’ll take to get to a fully functional Web 3.0. We have no idea when all websites will provide semantic data to aid the Web 3.0 search engine. But one thing is certain: Web 3.0 will transform our online life, making it easier and more comfortable to search for anything while keeping our personal information safe. In this article, if you have any questions regarding Web2.0 vs Web3.0 or any development needs, get in touch with our team now!