How to use Artificial Intelligence Markup Language (AIML) In Chatbot Development with Python? 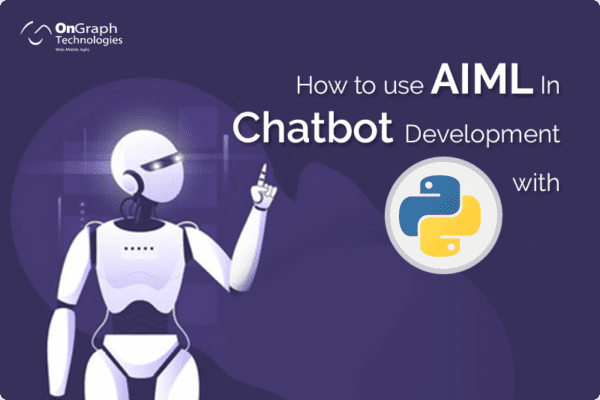 Chatbots are the beginning of a new technological era. Businesses and developers have a new love: chatbots. Chatbots are online digital assistants that work through chatting to provide a variety of services.

If you have more time and ambition, you can build an intelligent assistance agent from the bottom up. There are plenty of chatbot scripting language frameworks to choose from when creating a simple conversational chatbot to a more sophisticated virtual customer service assistant.

Why Go With Python?

Python’s initial implementation began in 1989, and it is still in use today. Python has a lot of great features, and its developers love them. Python comes with several built-in libraries for web connections like UrlLib2/Requests, making many tasks quite simple.

Python is a simple, easy-to-read language with clean syntax and grammar. The language also provides a wide range of official as well as unauthorized APIs via GitHub to speed up your development. Python is an excellent language for building chatbots since it has evolved over time and now includes all modern techniques and imaginations. Chatbot Developers can use Python as it is a highly tested, well-tested programming language that allows users to customize modules in various ways.

Some of the Significant Features of Python are as Follows: 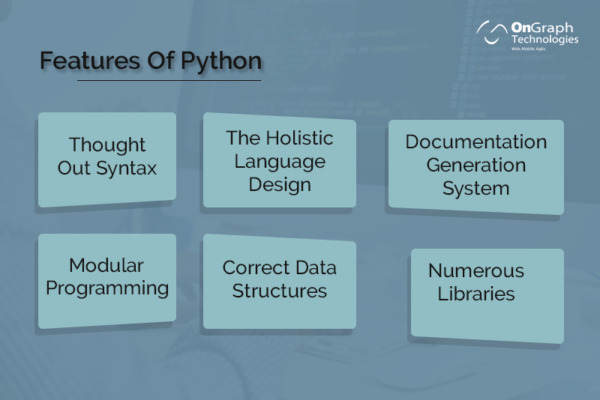 An Introduction to AIML 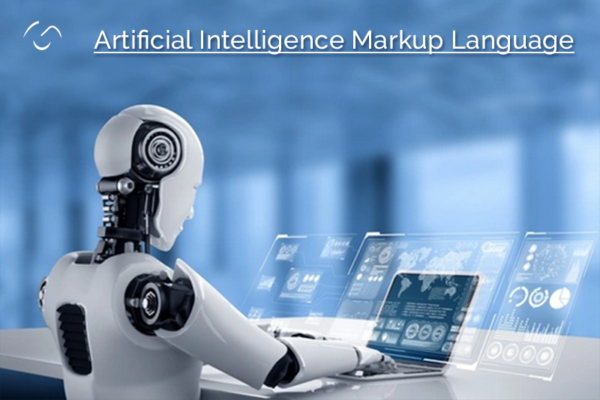 ALICE AI Foundation’s AIML (Artificial Intelligence Markup Language) is the invention of Dr. Richard Wallace and is offered as an open-source chatbot script framework by ALICE AI Foundation. AIML is a simple XML or HTML-like language that uses standard and extensible tags to identify text for interpretation by an AIML interpreter.

Artificial Intelligence is required to interact with a bot through a content interface in such a way that it resembles human conversation. The AIML syntax, like XML, characterizes rules for connecting patterns and determining responses.

Below is a step-by-step guide to using AIML in chatbot development with Python.

1. Create a Python-based Startup File and Load AIML b

The primary entry point for loading AIML files is the creation of a standard startup file called std-startup.xml. In order to do so, you must build a basic record that matches one pattern and performs only one action.

In a nutshell, you must fit the pattern load AIML b with your AIML brain. It enables you to produce the basic_chat.aiml file in a matter of minutes.

2. Make Your Own AIML File

You’ve created an AIML file that handles one pattern, and you’ve loaded it with the b command. If you send the command to the bot, it will try to load basic_chat.aiml. However, unless you create it yourself, it won’t work. This is where basic_chat.aiml may be placed.. This enables you to link two simple patterns and replies together.

You may write your own AIML files, but it will take you a long time. It might take 10,000 patterns before you feel natural. The ALICE foundation, on the other hand, provides a variety of free AIML files. You can find AIML files at the ALICE Bot website.

There was a previous variant called std-65-percent.xml that had the most frequent 65% of words. There’s also another one where you can play BlackJack with the bot using it.

To date, everything has been AIML XML documents. All of this information is crucial and will influence the bot’s decision, but it is simply data right now. The program must be awakened. Python may be used to execute the AIML syntax in any language; however, some developers have done it particularly well.

Install the aiml package with pip.

Note:- the aiml package only works with Python 2. Py3kAiml on GitHub is a Python 3 alternative.

This is the simplest program to get started with. It creates the aiml object that may learn the startup file and then loads the rest of the aiml files. From that point on, it’s ready to converse, and you can input any amount of messages that will be prompted for by the client. You should provide an example for which the bot can detect a pattern. The AIML data you loaded influences how your patterns are recognized.

You may make the startup document a separate element so you can add more aiml files to the bot later without changing any of the project’s source code. Simply adding additional facts to be learnt in the first xml documentation is all it takes.

6. Reloading AIML While the Bot’s Running

When the bot is turned on, you may send the load message to it and have it reload the AIML files. Keep in mind that reloading the brain on the fly will not preserve any of the new changes if you utilize the brain technique. You’ll either need to delete the brain file so it can be rebuilt on next startup, or modify your code so that it saves the brain at some point after reloading.

In the case that you need to give your bot unique instructions that utilize Python scripts, you should first receive and process the information message before sending it to kernel.respond(). You may get your contribution from anywhere. Perhaps a TCP attachment or a voice-to-text source. Process the message before it reaches AIML. On certain communications, you may need to keep a safe distance from AIML processing.

8. About Sessions and Predicates

This is good for having customized discussions with each customer. Somehow, you should establish your own session ID and keep track of it. It’s worth noting that saving the brain files does not store all of the session values.

We hope that we have been able to add value to your understanding of chatbot development with AIML and Python. Have you thought about how you might integrate this information into the next project or task at work? If not, take a moment right now and think about what could be improved by using these tools.

Need expert advice? Connect with our team of specialists now!