React Native Vs. Native: The Only Guide You Need for App Development

There is no doubt how fast the mobile industry has grown and spread its wings in the market. With the availability of thousands of mobile applications, everyone is getting smarter. You will be amazed by the number of different mobile applications downloaded so far and in the coming years.

Thus, you can say that an innovative and interactive mobile application has become the need of the hour. Different languages and platforms have been used to create amazing applications so far. But what is a new and trending thing in mobile app development?

Creating mobile applications is a creative task for that developer who requires quick and efficient language. Thus, here we are discussing React Native. But what is it, and how is it leaving the traditional technologies behind? As you can see from the below chart how React native has outranked other alternatives for app development.

So, in this article, we will be throwing some light on the popular debate about why React Native is better than Native for app development. Earlier mobile apps were created using native languages. Then what has changed? Let’s deep dive into the details and explore why React is getting popular. 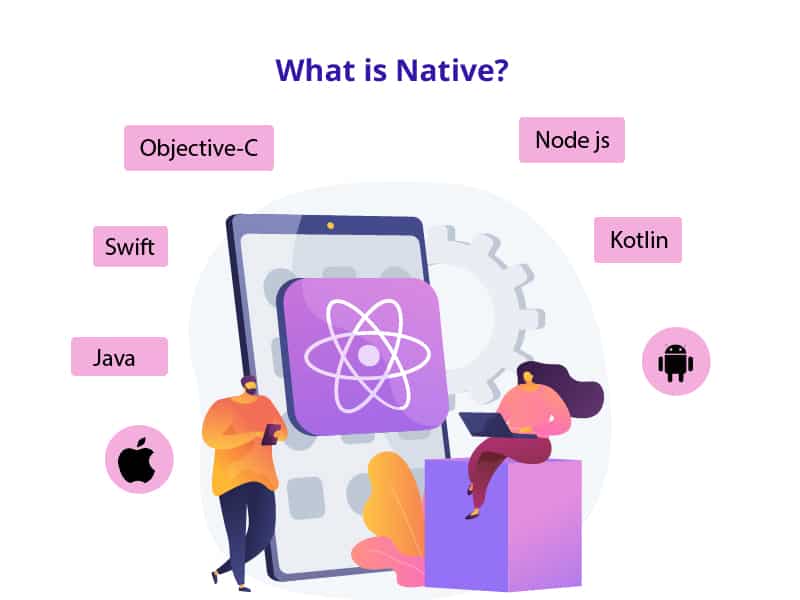 Before we jump to React Native. First we understand what native is. Native applications are developed to be used on a single platform or machine. Such applications use device-specific hardware and software. This has increased the mobile app development time to run on different platforms, which is a challenging task for any developer.

Thus, the introduction of React Native spread a positive vibe to reduce the tension among developers. But, you will be shocked to know that React Native is just a product of a big technological mistake.

Before the introduction of RN, the native app was used for large-scale and top brands, such as Facebook, Snapchat, and Banking apps. It will be foolish to say that RN has completely wiped out the native apps, as many companies still use them per their business requirements.

Native apps are one of the dedicated solutions with superior performance, thus are still popular for B2C or C2C purposes. It does not compromise on quality, performance, cost, and development time. To understand why Native is getting replaced by many companies, we must look at its pros and cons.

Why use Native apps?

Below are the benefits of using native app development.

Despite several advantages and the capability to handle platform-specific applications so gracefully, it has some limitations.

Use cases of Native apps

Some use cases make more sense when you use native apps rather than cross-platform like React native apps. Some scenarios are-

Well, you cannot say that native app development is outdated. But if we want a cross-platform framework for developing mobile apps, we must look forward to React Native.

Today, every developer is using React Native to create fantastic mobile-based applications. Within no time, React Native has become popular among developers. Not only this, the top giants in the market are using the unending power of React Native. Some top examples are Instagram, Facebook, and Skype. There are several reasons that have made React Native a top choice of every mobile developer.

Firstly, with React Native, you only need just one single code to make it run on both iOS and Android platforms, resulting in huge time and resource savings. React Native is written using JavaScript and recognized as a “hybrid” framework, making it platform-independent. Thus, it differs from traditional apps written in native languages such as Java or Kotlin. 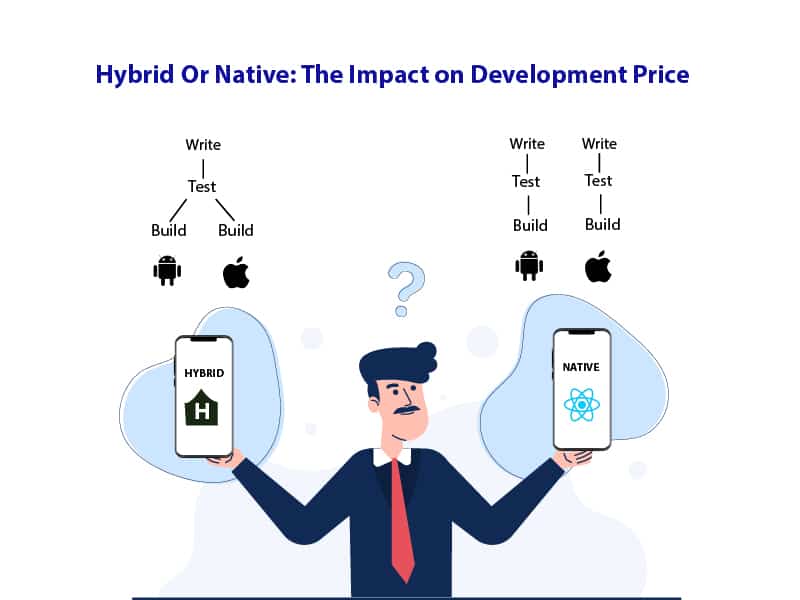 Secondly, React Native was built based on top of React, which is a common and popularity used JavaScript library.

Working on the React Native

React Native is a JavaScript-based framework for creating iOS and Android applications. To render UI, it also uses native components to render UI to provide the native feel and added portability. Facebook came up with React Native for a smoother process of cross-platform mobile development. All programming is done using JavaScript with JSX extension.

The important thing to note is that the JavaScript code will be run in a separate thread, so there will be no impact on the animations and UI.

JavaScript handles all the business logic, while the native realm renders the UI and handles the device interactions smoothly. These two domains rely on something called “the Bridge” to communicate.

Below are some significant advantages of using React Native.

Despite its increasing popularity and usage, React native still has some limitations that a developer must be aware of.

Use cases of React Native apps

Choosing React native is a straightforward choice for developers. They know when to go for native and when for React native. Below are some use cases that consider React native.

As we see the basic picture, React Native and native app development has the following differences that make both of them unique. Both have different use cases and requirements from developers. 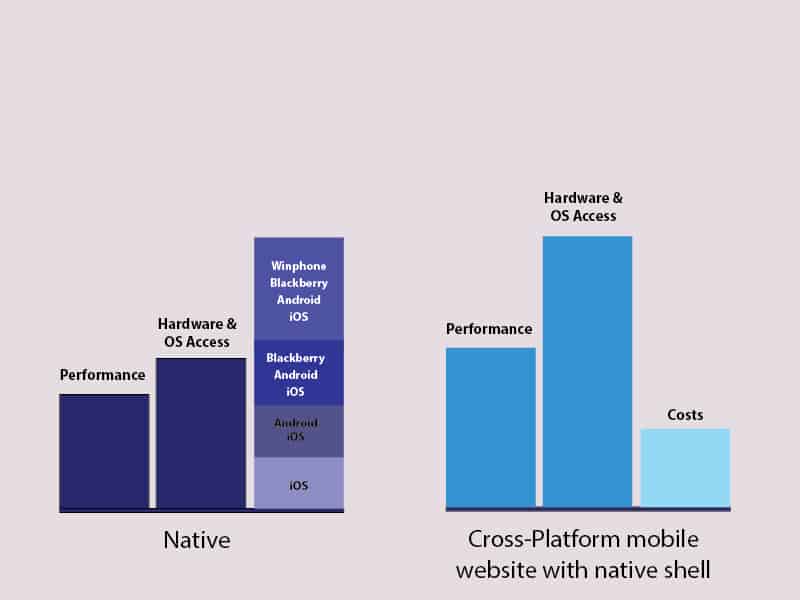 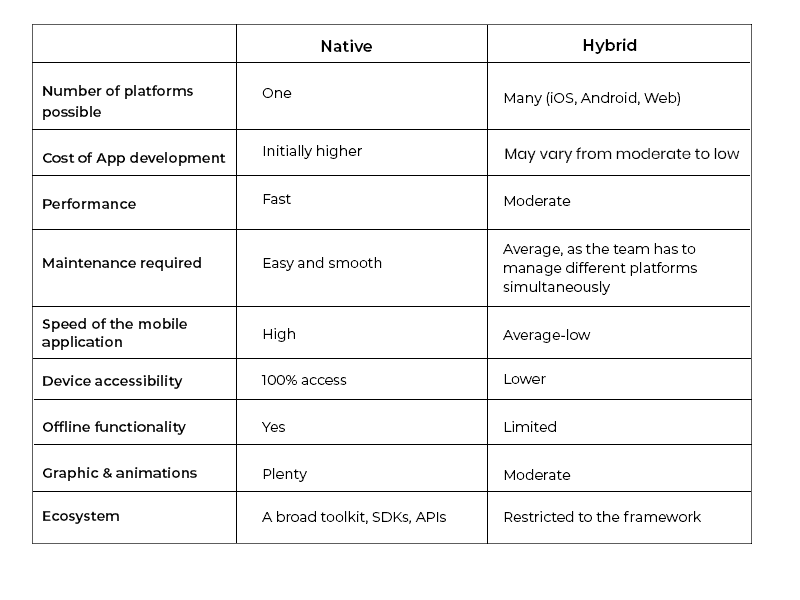 What makes React Native a possible choice for startups? 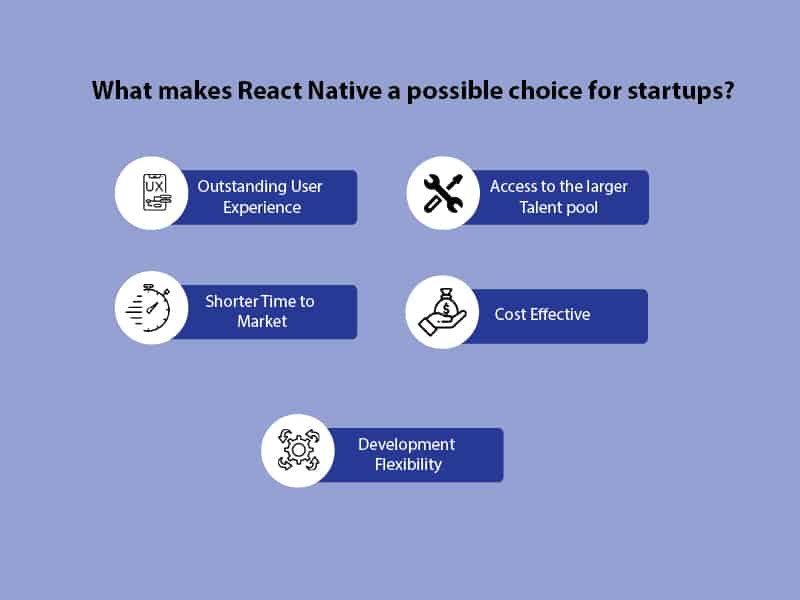 React Native is getting more popularity among startups due to the below-mentioned reasons.

Below are some top brands in the market using React Native. 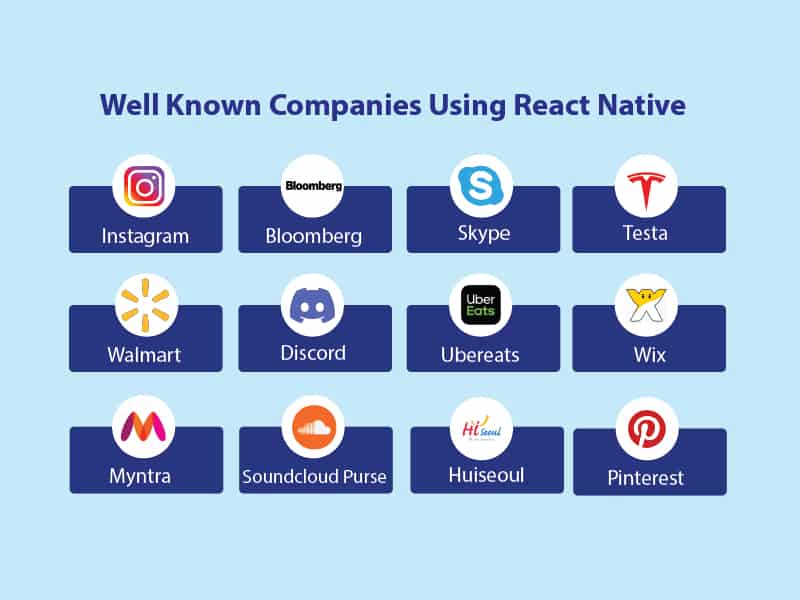 Conclusion: a stop to an endless debate

It is estimated that the mobile market will keep booming and can break its record, as per the below stats. 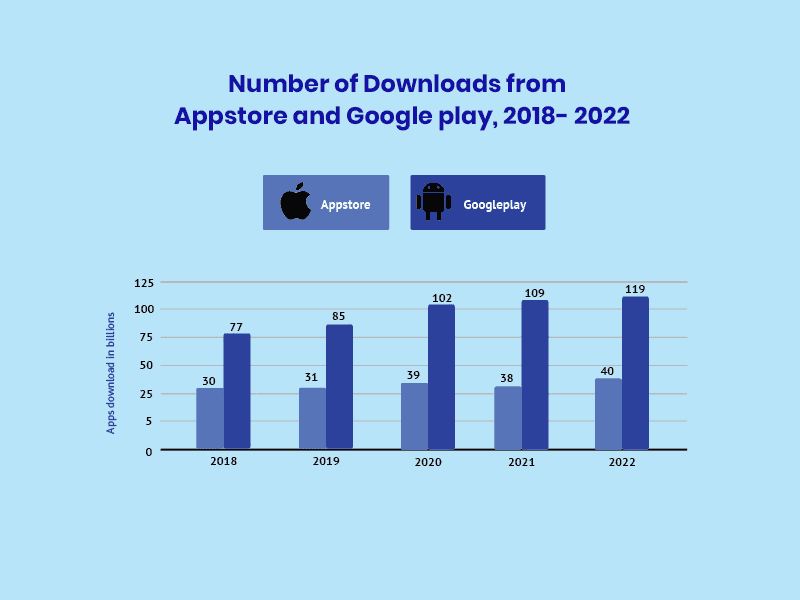 Choosing between React native and native apps is not a complex decision. It depends on your project requirement. You can consider various factors while making the decision. Both have different use cases, pros, and cons that make the decision even simple.

We hope, you got answers to all your confusion. This might be a never-ending debate, but for some, it is an easy choice.

A computer science engineer with great ability and understanding of programming languages. Have been in the writing world for more than 4 years and creating valuable content for all tech stacks.