The Ultimate Guide to Blockchain Development – [Plus use cases]

Before Covid, the instant surge in the blockchain market attracted the attention of everyone, even the stock marketers. It was a considerable business that gained the trust of people to invest. But, only a few know in-depth knowledge of blockchain development and its work.

Today, the market is all about how information is getting transferred. Blockchain has changed how it delivers that information as it offers immediate, shared, and transparent information that authenticated network members can only access. Not only this, there is much about blockchain, like decentralization, unanimous, immutable, and others. 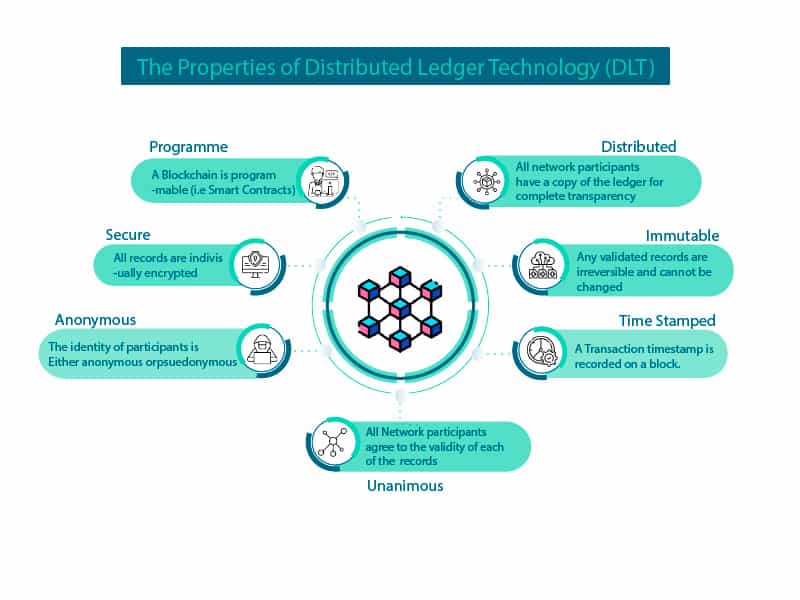 As digitization is taking over the global market, blockchain has emerged as one of the new-age technologies that are helping businesses to reach new heights. It will be fantastic to know how big is the blockchain market and how it is growing.

As per the research, the size of the global blockchain technology market was USD 5.92 billion in 2021, which will grow tremendously by 2030. Below are the stats that will prove it. 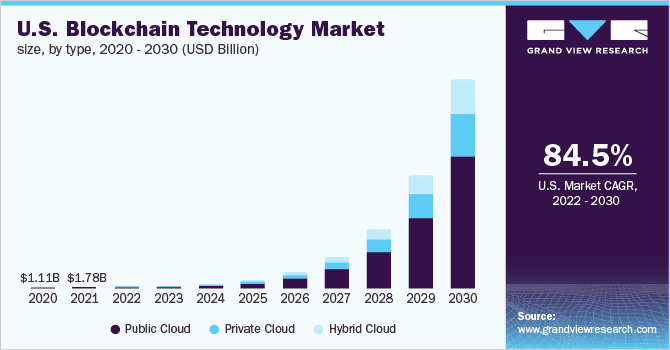 As investing in blockchain technology is legal in countries. People are investing in it and creating new opportunities for market growth. Statista says global spending on blockchain solutions accelerated from 4.5 billion to 6.6 billion in 2021, estimated to rise to $19 billion (approx) by 2024. That’s a huge number! 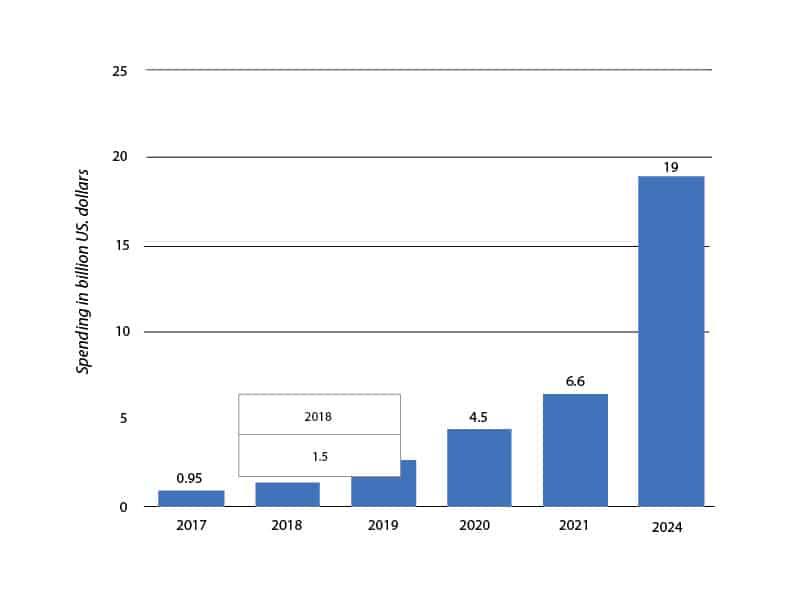 Well, these are the stats that are important to get to understand more about Blockchain. But for those not aware of the Blockchain and its benefits, you have landed on the right page that will help you explore blockchain technologies and their use cases.

What is Blockchain? Understanding the hype around it…

You can compare a blockchain with a distributed database whose data and crucial information is shared across the network globally. It is a secure way to store transaction records. All the information is stored in a digital format, making it preferable to store and share cryptocurrency, such as Bitcoin.

It is just like a database with a critical difference: the data structure. Unlike a typical database, Blockchain gathers information and groups them into blocks. Each block has its storage capacity; once filled, they are closed and will get linked to the previously filled block through cryptographic hashing. It will create a unique secure code that will tie into the next page or block, creating a chain of blocks or a blockchain.

This creates a chain of blocks, thus getting its name (Blockchain). 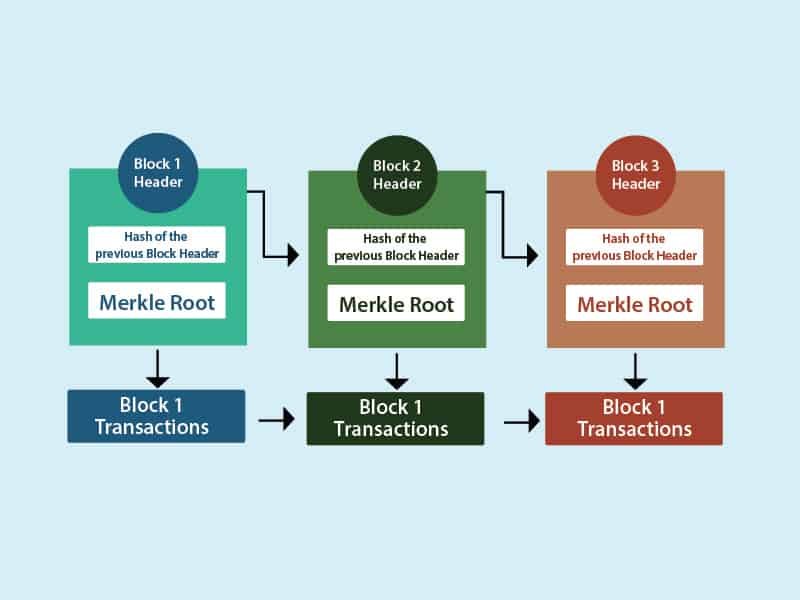 But, why does blockchain come into the picture?

Today, global transactions between nations somehow define the legal and political structure. These transactions, contracts, and records need to be secured. The way we have regulated those transactions has to change and need modifications in term of security. This is where blockchain came into the picture and has helped solve this problem.

Blockchain is an open, distributed ledger that records those transactions between two parties efficiently and verifies who is making the transaction.

Blockchain ledgers are public and designed with robust security measures, making them a fantastic technology for almost every sector. Today, every sector is using blockchain technology to grow their business securely.

Have you ever wondered how this technology came into the picture and how it has evolved? Let’s dig deeper into its history.

Blockchain is not a new technology, though. It has an exciting history that everyone having an interest must know. We have mentioned a timeline from the beginning of the blockchain. In 1991, Stuart Haber and Wakefield Scott Stornetta introduced the first concept of blockchain. They introduced the idea of a cryptographically secured chain that is now referred to as blocks.

But this technology has just started getting traction and is getting global recognition. 2008 marked a pivotal point when Satoshi Nakamoto introduced an established model and planned application for blockchain technology.

We will discuss the entire evolution below. 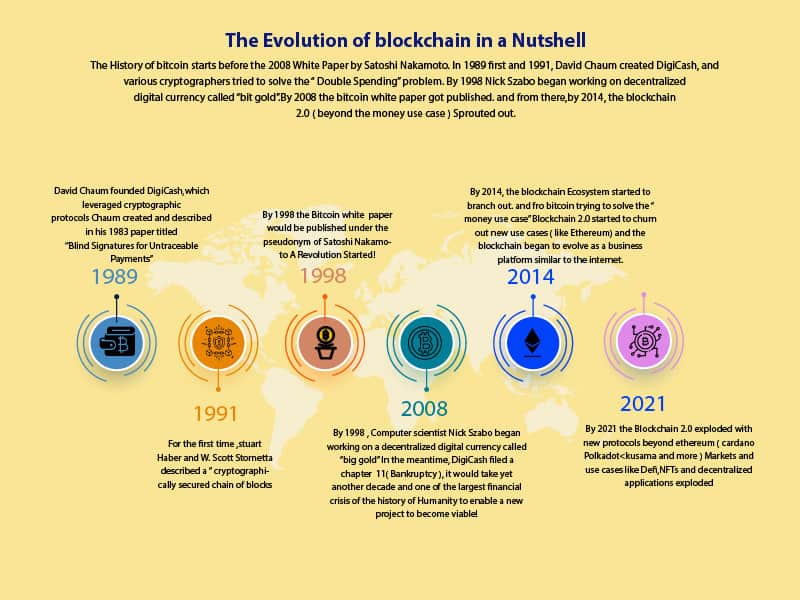 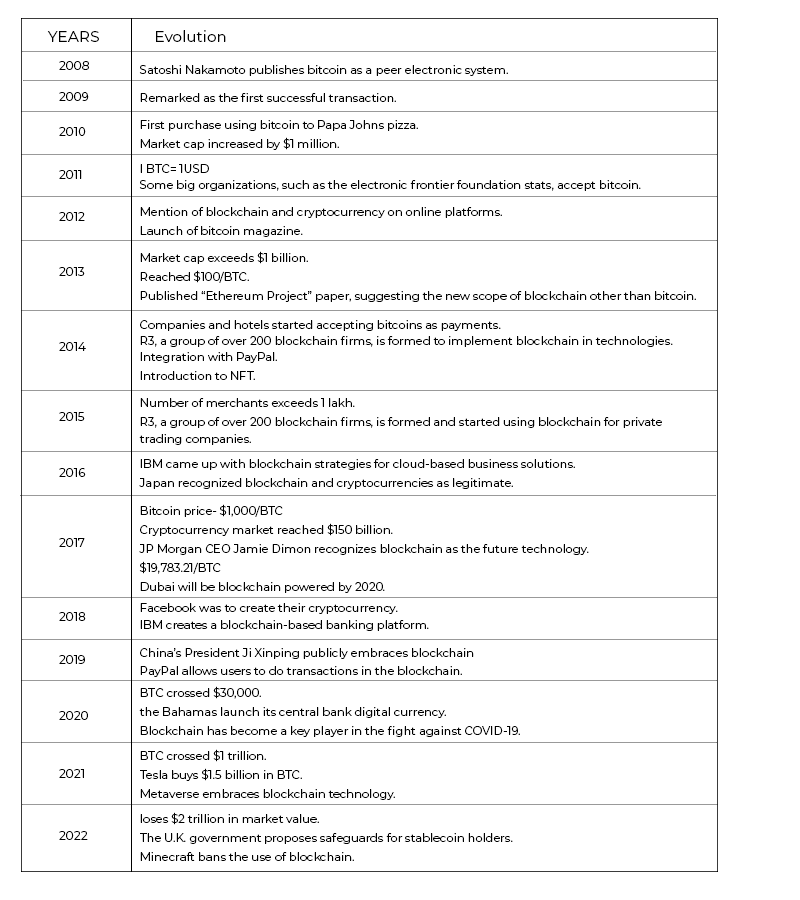 How does a transaction add to a blockchain?

If we see the below image, the process seems to be simple. But, it is a complex task. Whenever we have a new transaction, a new block will be added to the blockchain. For this, several nodes having the identical blockchain will run algorithms that will evaluate, verify, and process the history of the blockchain.

If most nodes verify the history and the sign of the new block, it will be accepted into the ledger. Now, the new block is added to the blockchain.

But, if the block does not process as per the consensus (set of rules by which a blockchain network operates and validates the block’s information), it will get rejected.

In this way, the blockchain functions as distributed ledgers without needing a central or unifying authority to validate the blockchain transactions, making it highly secure.

We needed a bigger picture to safeguard highly-confidential transactions, keep records safe, and eliminate vulnerable attacks. This is when the Blockchain enters. Several reasons can influence you and your business to opt for blockchain technology. If you are not using Blockchain, then you must read its benefits.

But, blockchain has a concept of “gas fees” given to the miners as compensation for the computing power they use to verify any transaction. This payment is done in the blockchain’s native cryptocurrency. This cost is mandatory, and you cannot make transactions without paying gas fees.

Well, this is not the end of the benefits anyone can leverage of Blockchain. Today, Blockchain is helping many sectors in the market to help their businesses grow.

It has created many attractive opportunities in the various industries. 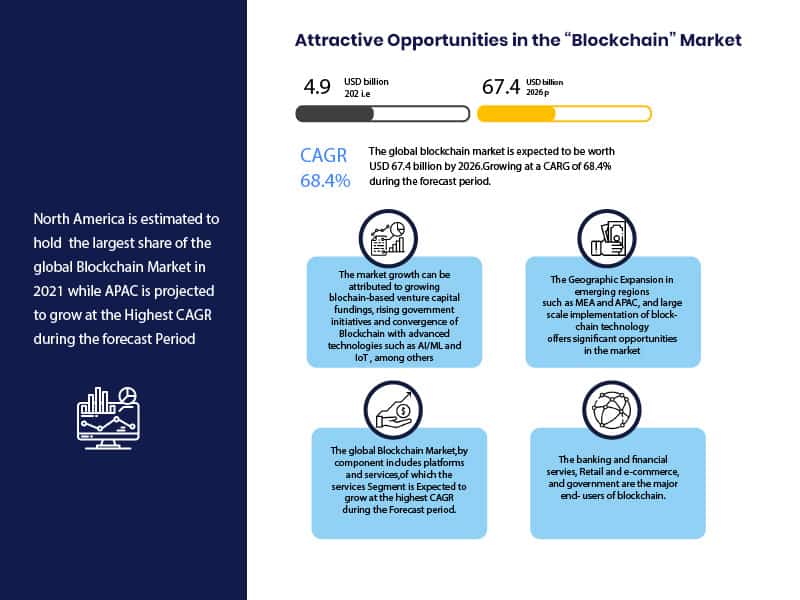 Despite several benefits, everyone must keep some significant drawbacks in mind while dealing with blockchain technology. 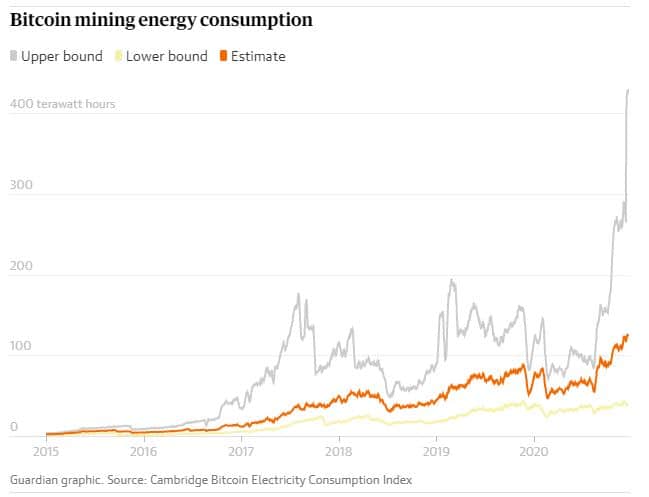 Due to this issue, many solutions are rising to help reduce such computational costs of making transactions and mining the required data within the blockchain network.

If you look closely, these are not drawbacks but seem like barriers to taking blockchain down. Some other barriers to be considered are- 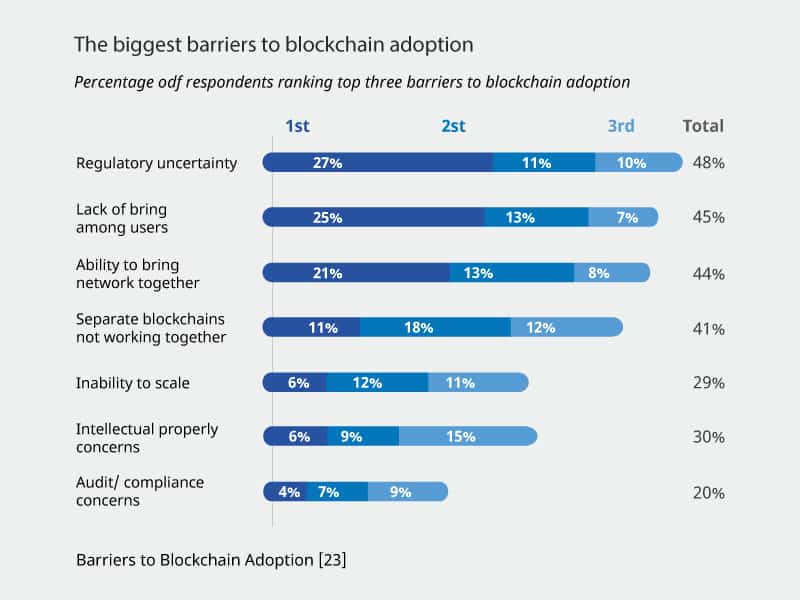 Blockchain networks are of different types- 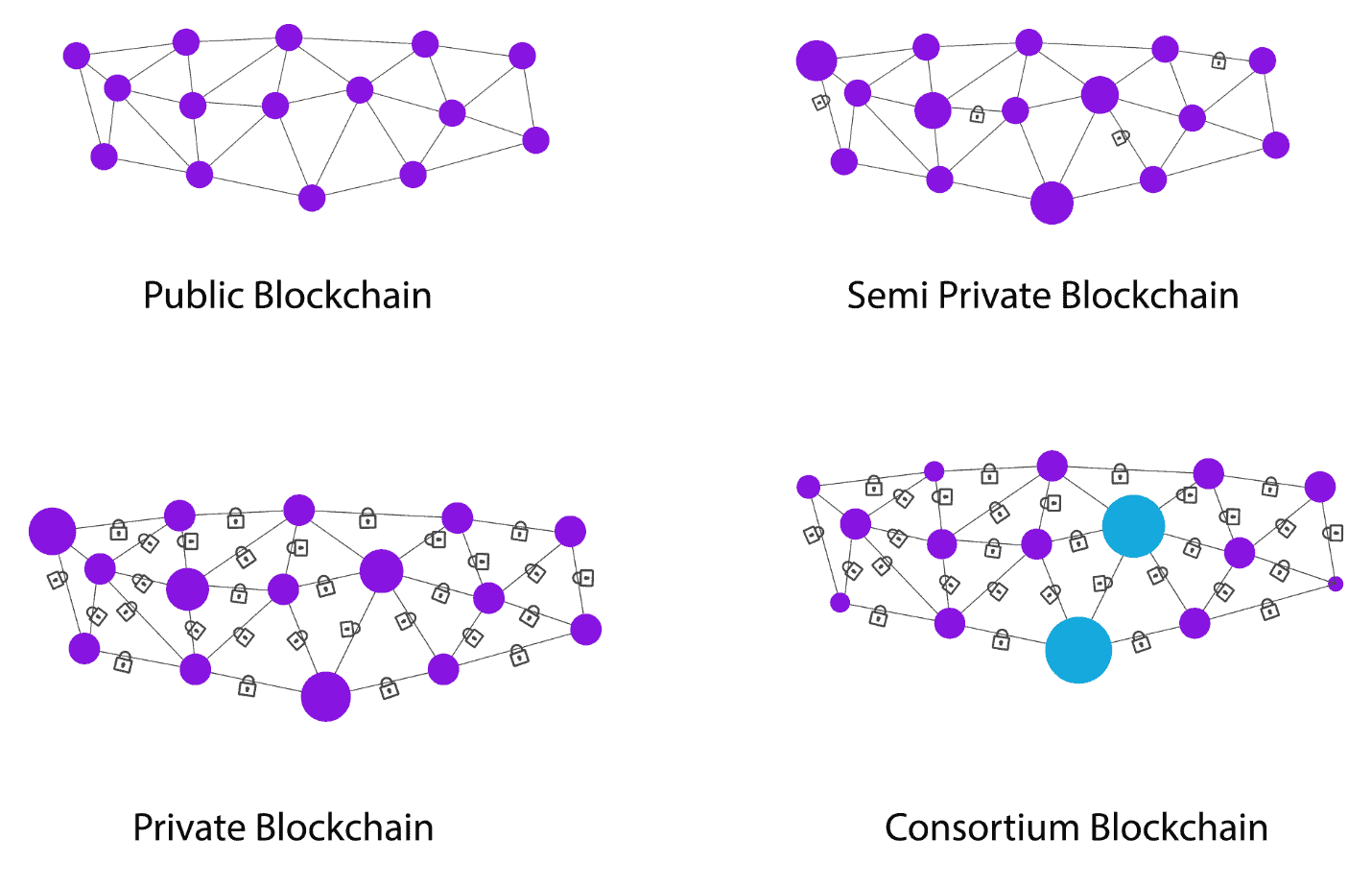 In such networks, blockchain is open and accessible to everyone. In simple words, no permission is required to access such bitcoin networks. You only need to download and install the software on your system, and your system will become a node within the blockchain public network. Then you can use your system for mining, verifying transactions, and others.

A single entity handles such blockchain networks. These networks have restrictions on who can access them. Leading companies decide whether o constrict or expand the network. Such networks are also known as enterprise blockchains.

Hybrid means combing the benefits of both the public and private blockchain networks. To access the data and other operations on hybrid networks, you need permission for some tasks and do not need permission for others. With a network comes greater flexibility. You can access it anytime, along with some restrictions to ensure high security.

A consortium blockchain is also popular as a federated blockchain. Unlike a hybrid network, this network is handled by multiple companies. It has a semi-closed ecosystem rather than having o

Just one. This network comes with high transactional speed and scalability. This is why consortium blockchain networks are highly decentralized. Not only this, you can still be a part of both private and public blockchain networks.

Blockchain security for the enterprise

To create a blockchain application, you will require many technologies to be combined and work together. Thus, to ensure security, you must implement best security practices at each technology stack. This is how you can manage access and permissions to different types of nodes.

Handling strong security is not a single-man job. You will require cross-skilled professionals who can efficiently design a compliant solution for your business.

Blockchain security is a complex structure, as shown below. 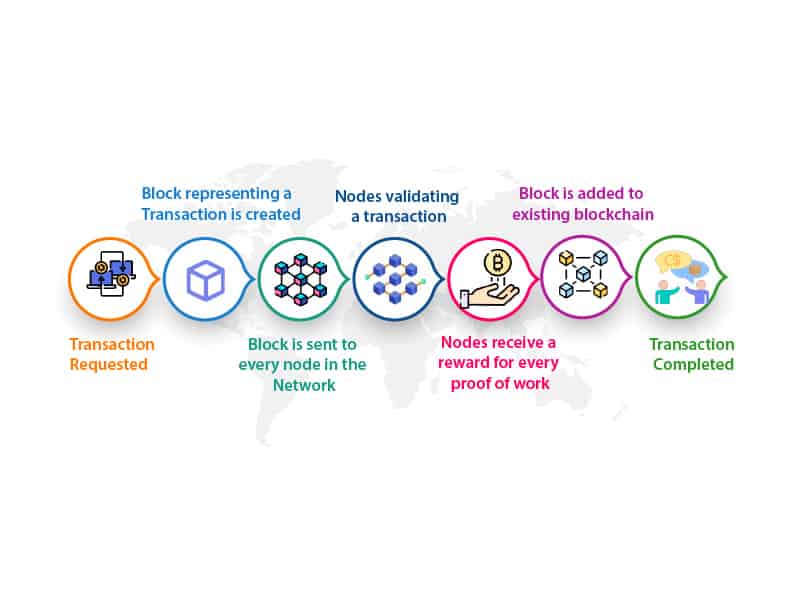 Designing security strategies can be complex as you must consider several factors. So, make sure that you consider asking the following questions while designing your strategy. It will help you to come up with the right security solution.

However, the questions are unlimited. You must stay focused and consider every minute detail while designing a security solution. It is essential as different enterprises across the globe are using blockchain. Blockchain has helped various sectors in different ways.

To know more about how blockchain has contributed to the market, we will explore its use cases in those sectors.

Blockchain is everywhere, and people willingly invest in it due to its rising economy. Today many companies are using blockchain technology to help them reduce additional transactions cost, and improve efficiency, speed, and transparency. 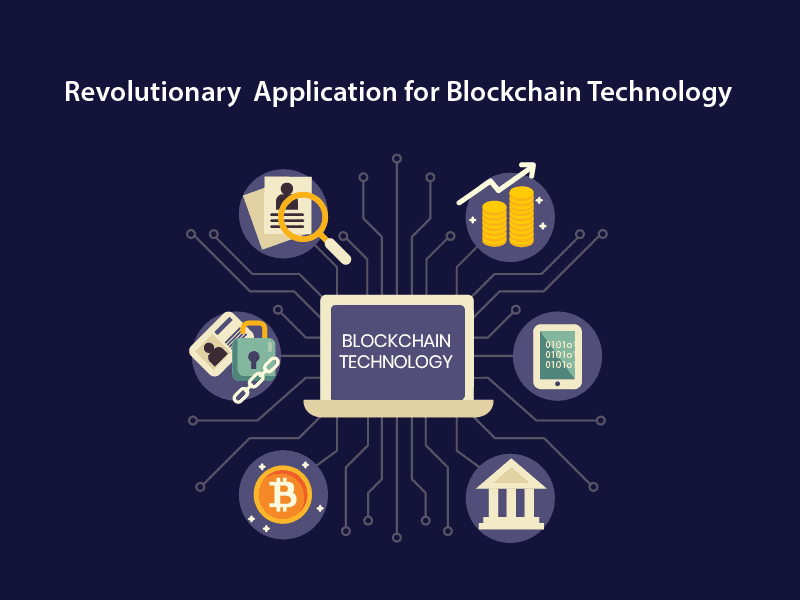 Below are the use cases of blockchain applications. 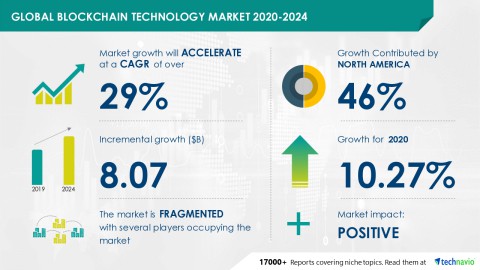 The earlier digital currency failed due to security and trust issues, but blockchain has eliminated all those fears and emerged as rising color.

So, if you have not invested or made transactions yet, you must try this once. But, make sure to read all about its pros and cons.

A computer science engineer with great ability and understanding of programming languages. Have been in the writing world for more than 4 years and creating valuable content for all tech stacks.