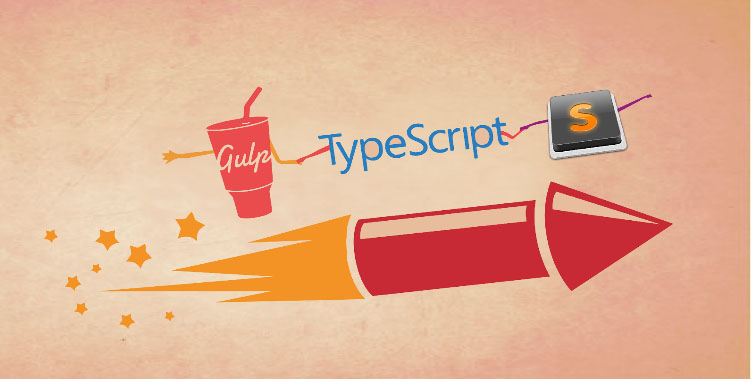 The world of technology is so vast already and is still expanding rapidly. All thanks to new innovations and their introduction from time to time. Among many technologies, “Typescript” is latest coding language introduced by Microsoft. Though it was little surprising as it operates in segment where javascript is everywhere. Questions arises in mind that was JavaScript not enough? Do developers really feel the need of a new language when they have several other advanced languages like Dart, CoffeeScript, etc., with additional functionality?

However, technology is at our front and now we can reason out that sometimes it is not about choosing the best technology, but the technology that best addresses your requirement. Microsoft’s new language ‘Typescript’ has availed huge popularity since its launch due to its suitability in the development of large applications.

Whereas, Javascript is well-known and considered as a de-facto scripting language in the World Wide Web. Being an object-oriented language, it does not feature a class-based inheritance, opting out for a prototypical one. But prototypical inheritance is less familiar to the developers originating from class-based language background such as Java or C#. It makes it somewhat hard to make sense of how to arrange a chain of importance or hide some object members like private fields and techniques.

When it comes to a web application and client-side development, JavaScript is the only option. Javascript is the only client side language universally supported by all browsers. As time demands to focus on web applications as a distribution model that is close to fulfilling the promise of “write once, run everywhere” the size and complexity of the modern client-side Web Apps have noticeably outgrown the capabilities of JavaScript.

It is said that JavaScript will ever not be replaced by a better suited language, because it would be a significant challenge to convince all of the browser vendors to universally agree on and adopt a new language. This realization has prompted different groups to bring forth the solutions that compile existing or entirely new languages with a JavaScript code instead of being used on their own.

That’s where, Type Script is an attempt of Microsoft to replace or build upon Java script due to the challenges while dealing with complex programming.

State Of The Art Javascript: Typescript offers support for the latest and evolving JavaScript features, including those from ECMAScript 2015 and future proposals.

While dealing with large programs, developing and debugging the JavaScript is kind of a grueling task for developers. Typescript is where offering solution for this. It enables IDEs such as Visual Studio to create a richer environment that allow spotting common errors as you type the code. Static checking, symbol based navigation, and code validations are few robust reasons that Typescript is gaining much adoptions among developers.

Like any other language, Type Script also does have flaws. First thing first, it can’t be run directly in a browser with a plug-in or even on a server. You always need it to translate it into JavaScript. Since the available offering is on an early alpha release, Type Script will has a lot of promise but wouldn’t be able to render till ECMAScript 6 stabilizes. Type Script is also considered as a solution for fixing all of Java Script’s ostensible flaws.

In spite of the added features, Web Application developers still prefer using plain old java script as excuse that they aren’t interested in the so called new features or that typescript is not solving a problem they are experiencing or it’s just Microsoft’s idea to meet their internal needs.

So, what’s your take and why? Share your views in the comments below.