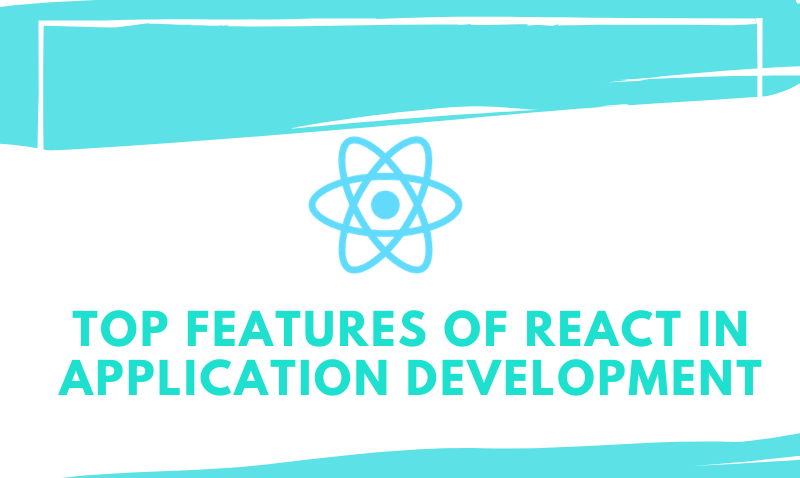 If you want to make your software products or applications dramatically better, then selecting the right resources with the right knowledge is all you need.

Choosing the right resource is as significant as the tech stack for your software development. To make a solution more sophisticated and overtake the competition, you must integrate the right set of technologies.

Many of you must be planning for reactjs development services outsourcing for your innovative business idea. Take a look at insights we are going to share in our blog and make a well-informed decision to achieve performance for your product and overtake the competition.

React is a JavaScript based library. It is an open-source product of Facebook and has changed the way how web applications and the user interface have been developed.

React simplifies UI development, and it makes it accessible to developers to use it beyond the web with the help of virtual DOM that react supports. Developers use react with redux. It forces developers to think in terms of components.

When it comes to web app development, component-based architecture is more manageable than other architectures. Moreover, it speeds up development and allows developers to adjust and scale apps with little time to market.

It helps developers identify errors quickly that let them protect code from injections. JSX also supports Babel for browser compilation. This way, the compiler converts the code into the format to make readable for the web browser.

There is virtual and real DOM that functions in an app. The real DOM updates the whole tree structure once a change takes place in one element. Virtual DOM, on the other hand, is a representation mapped to a real DOM but update only elements where changes happen without disturbing the other parts of the tree.

Model-view updates in an app require synchronizing data between business logic (model) and User Interface (the view). Although, it can be implemented in one-directional and two-directional. Reactjs supports one-way data binding with pros. This way, child elements don’t affect the parent elements when updated. Components receive props as a single set of immutable values.

However, developers have to perform some additional work to synchronize model and view. As one-way data binding in ReactJS is generally predictable, it makes the code more stable and simplifies debugging.

We have already mentioned the Virtual Document Object Model (DOM) manipulates DOM that ensures the performance of the app. VDOM is one of React Library’s notable features that lets programmers only render subcomponents that change. It enables the app to perform faster than Angularjs apps of the same size.

All due to its active and huge community, reactjs has ample of amazing UI tools for disposal. Programers today can find UI components either from a wide selection of free components or from some paid ones. If they are working on material design-based projects, they might have to put slightly more effort.

Mobile apps have become essential for every business. Developing a mobile app from scratch takes extra time and effort. Any better alternative to it? Yes. Some platforms allow programmers to port existing web applications to mobile apps. Reactjs is one such platform that ensures mobile portability.

RN focuses on  “learn once, write everywhere approach.” Thus, the estimates of code sharing are in and around 70 percent. Reactjs with RN is an excellent choice if you need to run both web and mobile apps with the same business logic. React native also reduce time-to-market while eventually adhere to ensure a native look and feel of apps.

React library has a vast community. Thus, documentations are available, especially for the latest versions. However, programmers have community support. Over the years, react becomes a large pool of developers ready to share their knowledge on thematic forums.

Programmers must indulge themselves in react for constant learning due to frequent updates, but it is quite friendlier to new as well as seasoned developers. React is a javascript-based library, and if you are well versed with javascript, it doesn’t take you much to get command over this library.

The learning curve for react is easy, but it is a concern if you want to use react with the Redux library. React with Redux holds almost 60 percent of apps, thus learning redux is a must. Moreover, beginners, as well as developers, can find useful and practical tutorials for beginners on the react platform.

React continue to remain popular than Angular and other front-end development tools on GitHub. Being javascript library, it suggests a much more lightweight approach to developers to hop on work without requiring them to learn quickly.

React, however, has not specified the toolset and approaches, developers learn multiple instruments while working with the javascript library such as Redux that developers learn besides. React ensures better performance than other available tools and this single aspect makes for broader developer appeal.

Reactjs development services outsourcing is best for the web as well as mobile app development. Facebook with react and reactnative allow businesses and developers to save time and the cost of getting developed an app.