Is Your Mobile App Secure? Understand The Risks It Carries 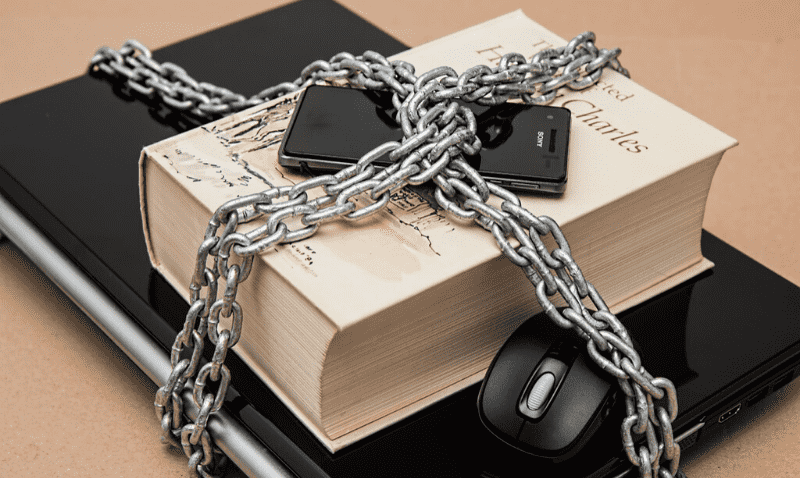 They can easily be hacked, cloned, the app can be manipulated, it can be injected with malware, users’ data such as photos, videos, and banking details can be stolen and misused.

To provide top-notch mobile apps security for your business, it is important to improve your business reputation. The reason behind that is users prefer to download reliable apps that have a good reputation in the market.

For that to happen, you need to make your app completely secure by securing your code, network connection on the back-end, and having a solid security strategy in place.

However, before you take improvement measures, it is advisable to know the risks and vulnerabilities that can have an adverse effect on your mobile application.

In the absence of binary protection, the opponent can reverse the application code to inject malware and can distribute the pirated application to the users who are capable of stealing the data. It can result in brand and trust damage, confidential data theft, revenue losses, frauds, and so on.

To eliminate such issues and to build the security of apps, binary hardening techniques are a must. In this process, binary files are analyzed and modified to protect the application from such hacker attacks. Using binary protection, you can fix these vulnerabilities in the legacy code without doing any changes in the source code.

Weak server-side control is just another reason risk for mobile security. The server takes care of the communication happens between the application and the user which is one of the primary targets of hackers to exploit it. The best precaution that you can take is to either hire a specialized security expert or use a testing tool.

Make scanning a regular practice using an automatic scanner. The issues can easily be resolved with little or no efforts.

The transport layer is the layer from which the data is transferred from the client to the server and vice-versa. In case of insufficient transport layer, a hacker can easily gain access to the data, steal it and modify it which results in a security breach, threat, and fraud.

Therefore, it is important to encrypt the communication using SSL and TLS. Here are a few ways in which you can strengthen your transport layer:

Another loophole in mobile security is insecure data storage. This happens due to the dependency of developers on the client to store data. However, client storage is not sandboxed where security breaches cannot happen. The data can easily be accessed, manipulated, and used resulting in identity theft and reputation damage.

Therefore, to secure your data across several platforms, it is important to build an additional layer of encryption that allows data sharing between the sender and the receiver. This way, you can secure your data and reduce dependence on the default encryption.

Missing authentication allows adversaries to operate the apps according to their way. The offline authentication required for mobile apps to maintain the uptime can create security loopholes. The adversary can easily brute the security logins in the offline mode and make transactions on the app or make use of data. During the offline mode, apps cannot recognize that the actions that are been taken are done by users themselves or somebody else.

To prevent such fraud, it is best to limit the login to online mode. I case of any specific business requirement you can allow offline transactions or authentication. For that, you can encrypt the app that can be operated during specific operations only.

1. Be Extra Cautious With Libraries

Third-party libraries could be extremely insecure for your application and devices. For instance, the GNU C library has a security flaw that could allow adversaries to remotely execute malicious code and crash the users’ system. And this vulnerability went unseen till seven long years. That’s the reason, it is advisable that developers need to use tries and tested libraries, and also should use controlled internal repositories to protect their apps from libraries which could cause vulnerability.

2. Use the Principle of Least Privilege

Principles of least privilege mean that the code should run only when the permission is granted from the authorized person or the developer. Making unnecessary connections won’t work. Therefore, build code only where it is required and make it run as er the application specifics. Also, make a regular practice of updating your code on a regular basis.

3. Use the Best Cryptography Tools and Techniques

Key management is extremely important as accessibility to the keys might help attackers to steal them and the data. Therefore, it is best to store the keys in secure containers and never open them on any local device. There are several cryptographic protocols such as SHA1 and MD5 that have proven insufficient by modern security standards. Sticking to the latest, modest, and trusted APIs is best.

New and merging threats are always going to be there, and thus, securing your app is a process that is never going to end. Investing in threat modeling, penetration testing, and emulators to test your app continuously is extremely important. Fixing issues should be a regular chore.

Testing repeatedly helps you to make your application more secure and updated at the same time.

Ready to Secure your App

As mobile devices are increasing, the number of hackers and their activities of stealing data is also increasing.  With a solid mobile security strategy and top-notch mobile development help in place can help you reduce the threats and bugs that your app must be facing.

Now that you know the risks and ways how to overcome them, you can easily start securing your applications in the best way possible. Start making an app that is more secure, safer, and ensures the loyalty for the users.