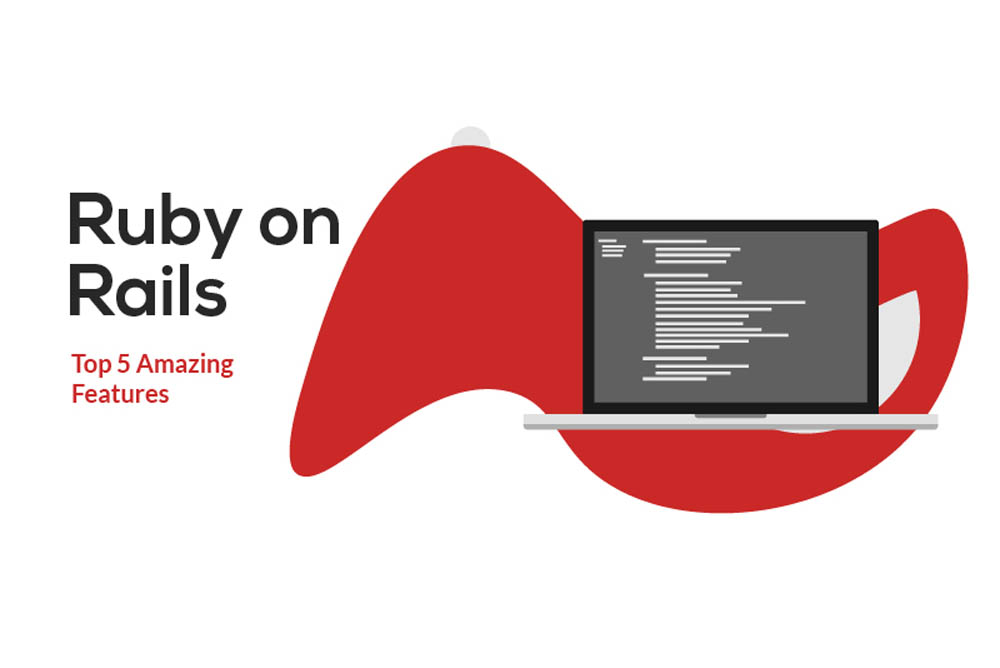 With the evolution of business needs and requirements, technologies evolve as well. Frameworks being an integral part of technology to help businesses create solutions. Just like technologies, frameworks evolve and grow over time too.

A flexible platform that could sort and refine products is essential to help customers in narrowing the choices based on comparative analysis, testimonials, or upsell options. This leads to a robust yet easy framework like Ruby on Rail.

What is Ruby on Rails?

Ruby got the “Programming Language of the Year” award from Tiobe in 2006. There are many frameworks based on Ruby such as Sinatra, Camping, Ramaze, Goliath, Cuba, and many more but they couldn’t become as popular as Ruby on Rails among the developers and community members.

This doesn’t make them low in quality but they are made to respond only to certain use cases, however, Rails is suitable for the majority of projects that call for using a Ruby framework.

Ruby on Rails framework preferred by startups all over the globe is often questioned over its existential future. People contemplate how long will the framework continue to grow in web development? Some say that the framework will die in 2021 while others believe that 2021 will be the game-changing year for RoR. Let’s find out the truth.

Is Ruby on Rails really going to die?

There have been many rumors of Ruby on Rails dying but it seems like they are just myths. Reality is something else!

There is no denying that the fame of RoR has notably decreased but it has the potential to rise again. We all know that emergence of new frameworks, languages, and updates raises the competition and makes people talk about them. According to research in 2020, it was found that 3,96,257 websites are built on Ruby on Rails. Even though the fame and demand of Ruby on Rails are decreasing among developers, it has made it to the list of most popular programming languages as per the survey.

What will keep Ruby on Rails alive in web development?

When startups plan to develop a website for their business, the most important concern for them is finding a high quality and budget-friendly framework. Every business wants to have an option that doesn’t cost them much time and money. But at the same time, they need a framework that can become the reason for their success. Ruby on Rails is the best answer to all their concerns. RoR being an open-source framework, is free to use. Also, the high speed with which Rails websites can be developed and modified reduces the fees spent on building and maintaining them. Therefore, RoR is one of the top picks by start-ups.

No framework can beat Ruby on Rails in terms of its fast speed. It is the most preferred technology for startups for its easy, simple, clear, logical, and strong code-base. Less amount of code means less time consumed on writing it while the functionality remains the same. It saves the time of RoR developers, thus, helping them come up with more creative solutions.

Ruby on Rails is supported by some strong libraries and great tools that are really effective in the development process. These libraries fill the necessary gaps between your app and external services. The best part is that most of them are free to use. Ruby on Rails library allows them to live a much easier life and notably reduces expected time-to-market. This is helpful for developers especially when working on large scale projects.

Scalability is an important aspect that depends on the architecture of the application and not on the framework. There were scalability issues in Ruby on Rails before if you compare it to programming languages like Java. However, Rails 6 released in August 2019, has resolved the Rails scalability issues. Now, the apps developed on RoR can launch multiple instances of the same code and work great.

Security is one of the foremost concerns for Business owners as the news of data breaches are heard every other day. Ruby on Rails perfectly fulfils the requirement of a safe, secure, and reliable framework. Though it is an open-source framework, its data protection capabilities are outstanding. Ruby on Rails prevents SQL injection and XSS attacks. Also, the regular updates assure the high security of your web application.

After reading this, you can easily predict that Ruby on Rails is never going to die, at least not this soon. Seeing its advantages, it is clear that it will definitely grow in web development whether for a small-scale or large-scale organization.

So, if you are looking for a web app development solution that is flexible, scalable, and cost-effective, Ruby on Rails could be a good choice.