How Python With Django Evolved As Most Popular Programming Language 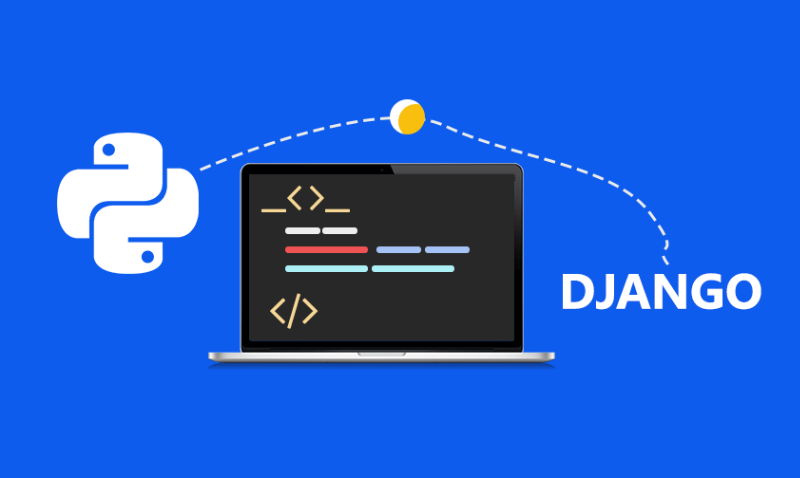 Last year we wrote a blog on Python and tried to depict why Python is a top choice among other programming languages. In that blog, we had explained that Python holds the potential to transform the application development ecosystem.

Python was a rising start in 2018 as per the Index of PYPL PopularitY of Programming Language. Python’s continuous rise in popularity comes at the expense of the decline of the popularity of other programming languages.

According to a recent update in  TIOBE Programming Community Index: Perl has become one of the victims of Python’s hype. Perl is currently at position 19 of the TIOBE index, which is an all-time low for Perl. 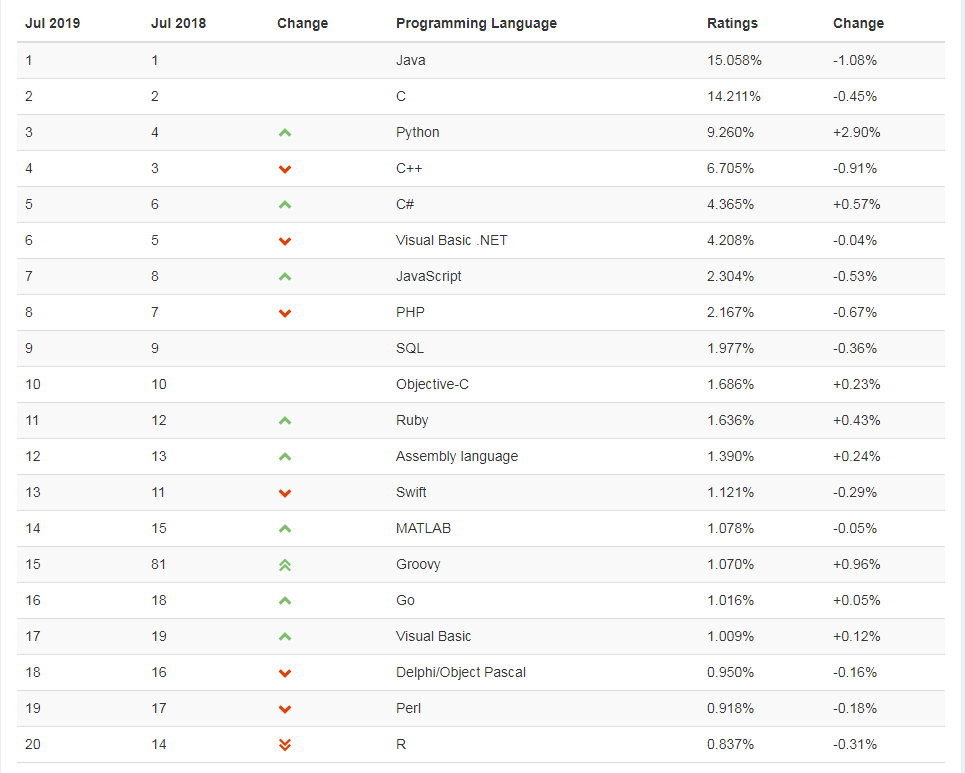 Note that Perl was at #3 position in 2005 with a rating of more than 10%. On the other hand, R, a competitive programming language to Python has reached the 20th position in the Index.

Moreover, Python holds its leading position in an annual report of PYPL PopularitY of Programming Language though Python grew the most in the last 5 years (17.9%), this time Java lost the most (-6.7%) 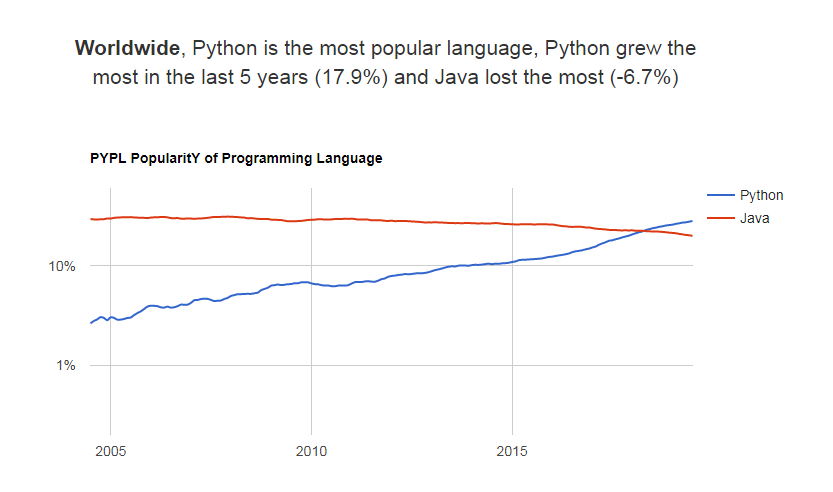 Before its state of popularity, it initially became popular among developers because Python programming language was easy-to-learn. It was designed to be a highly readable language.

Python has a relatively uncluttered visual layout and uses English keywords frequently where other languages use punctuation. It makes Python consistent and straightforward in design.

However, Python’s rise in the past few years is because of the explosion of artificial intelligence (AI), machine learning, and data science in the enterprise. It is a highly used programming language in the field of data science.

In addition to this, it has made its place in a wide range of developer job roles besides data science such as web development, scripting solution for system administration, and others. It also led to the fall of other previously popular languages.

Besides the evolution of artificial intelligence (AI), machine learning, and data science, Python frameworks are also playing a significant role in its immense popularity and acceptance in different industries such as business & industrial, computers & electronics, finance, games, internet & telecom, science, and many others.

Python is used by the developer’s quite a lot in the web development industry. When it comes to web development, there are two types of Python web frameworks available.

Frameworks that come under both categories have their importance. However, it is possible to choose a framework, given the size and complexity of a project or application.

Django is a widely-used Python framework with “batteries-included” philosophy. The framework is a top choice for the web application as the framework is available with all the common functionality that is essential to develop a project. With Django, developers need not download separate libraries.

For Django, be it Windows, Linux, Mac – all are the same.

Why Is Django A Good Web Framework Choice?

Django is a full-stack Python framework. It came in 2005 and over the past decade has matured significantly while ensuring the project’s stability and performance.

The framework has a growing community; therefore, there are detailed tutorials and good practices are available for beginners and for the experienced developers on the web and in books. The framework continues to add notable new functionality such as database migrations with each release.

When Should You Use Django?

Among other things, Django is great for

There are thousands of websites across the globe with Django at its core.

Goes Hand In Hand With Machine Learning And Data Science

Django is viewed as one of the best Python features. Even, the framework is included in the list of most loved frameworks in the 2019 Stack Overflow Developer Survey. 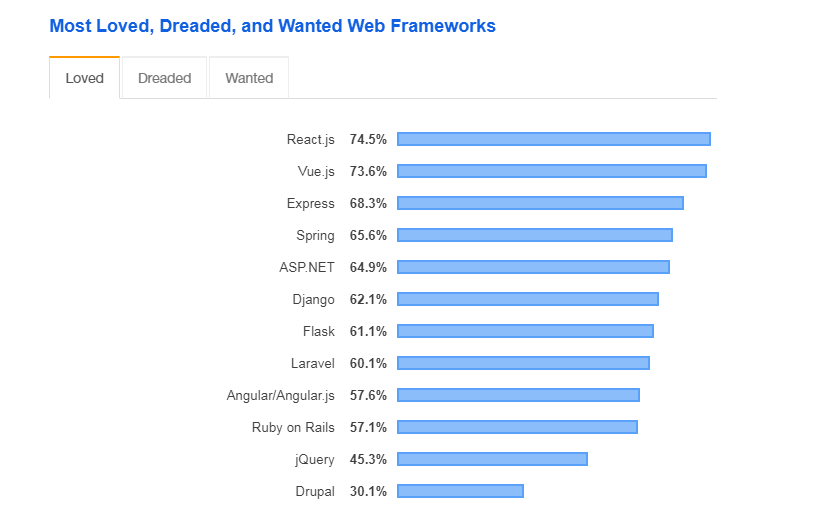 It is because this full-stack framework is written in Python. Therefore, developers can easily leverage the maintainable Python syntax to develop complex applications for the web. Having the support of the rich community, the framework is adding a number of features continuously that make development even better.

The principle behind batteries-included is that the common functionality for building web applications should come with the framework instead of as separate libraries. Django is based on “Batteries Included” philosophy.

Thus, it carries everything essential to a developer to build a full-fledged app. Python developers leverage built-in HTML templating, object-relational mapping, URL routing, session management and many other Django’s features in a project.

It helps developers to be away from a vexing search for third-party tools and saves them a lot of time.

Hundreds of in-built packages of the framework enable Python developers to quickly develop anything from chatbots to complex GPS-enabled solutions.

Known as “the web framework for perfectionists with deadlines,” and the framework lives up to it. The built-in features of Django make a perfect choice to pick and develop web apps for any industry. Additionally, Django focuses on Don’t Repeat Yourself philosophy.

Meaning, this full-stack python framework supports the re-use of the written code. It significantly enables developers to focus on productivity.

Extends And Scales With Ease

Django is a series of components of Python programming language, wired up and ready to go. These components are separate entities, thus do not depend on each other.

Meaning, these features can be added or removed as necessary, just like Lego pieces. Therefore, as per specific product requirements, development can be scaled up or down.

Django is an excellent framework to use when it comes to secure a website especially site’s transactions and sensitive data like e-commerce websites. It mitigates those common security mistakes related to Python programming language via hiding source code by default, protecting apps from cross-site scripting, request forgery, and SQL injection.

Django is one of the first frameworks that respond to a new vulnerability.

The framework has a solid user authentication model that can configure different users. Moreover, its core team also alerts other frameworks to maintain security. These things make Django a very suitable choice when security is a top priority.

Works With Most Major Databases

Django is supported by object-relational mapping. It makes the framework compatible with a number of popular databases. However, the most interesting thing about this framework is that it enables developers to work with multiple databases at once.

Even, developers can switch from one database to another while performing common operations without having to write additional code.

Django is best utilized when playing to its qualities. Make full use of its structured nature and consider this full-stack Python framework to build long-term projects where proficiency in code, data management, and security, and an organized framework needs to scale well over time are your principal needs.

There are several programming languages that have been serving businesses quite well over the years. Since, the volume of digital data is increasing day by day, having an online business with big data that scale well, Python programming language with Django serves the evolving needs.