Google is All SetTo Enhance App Performance With Stable Versions Of Flutter 1.17 and Dart 2.8 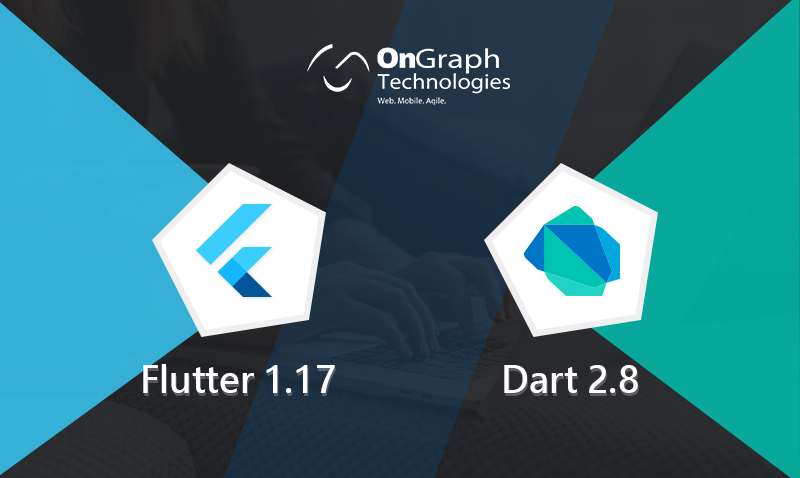 Google has released the stable versions of Flutter and Dart on May 6, 2020. The cross-platform programming framework now offers enhanced UI framework for developing Android, iOS, Fuchsia, and desktop apps. According to Google, the two new releases – Flutter 1.17 and Dart 2.8 SDKs will boost their capacity to service the stable branch with premium hotfixes. These two new versions of Flutter and Dart happen to be the first stable releases in 2020.

Improvements in The Latest Versions

With the release of Flutter 1.17, Google has dissolved 6,339 issues of its past Flutter 1.12 release and have dissolved more bugs than they have opened in 2020, resulting in a total reduction of over 800 issues.

Other than the bug fixes, Flutter 1.17 comes with improved assistance for Metal on iOS, huge performance enhancements, and also incorporates new Material widgets.

Apps developed with Flutter 1.17 versus past releases will witness a 20-37% speedup for the default navigation case where there are opaque routes having no transparency. There is also a significant enhancement in app sizes developed with Flutter 1.17. For instance, the Flutter Gallery sample now in 2020 is 8.1MB versus 9.6MB at the end of 2019. For memory usage, Flutter 1.17 release brings a memory reduction of 70% in fast scrolling through large images.

Metal is Apple’s low-level graphics API. Flutter 1.17 releases uses Metal API of Apple to access the GPU of iOS devices by default instead of OpenGL. This leads to Flutter apps running faster and also enables faster Flutter applications on iPads and iPhones that support Metal.

The improved Metal support boosts performance speeds of iOS apps up to about 50% on average, depending on the workload. However, Flutter recedes to OpenGL for iOS devices having processors below the A7 chip or those running older iOS versions with no complete support for Metal.

Flutter 1.17 incorporates support for new Material widgets. The existing widgets also have updates. For example, NavigationRail helps the developers to include responsive app navigation models to the apps and is outstanding for apps that can switch between mobile and desktop form factors.

TextSelection overflow and DatePicker widgets have also been updated. TextSelection now has enhanced fidelity for Android and iOS where buttons are longer that can be displayed without overflowing, while new visuals of DatePicker match the updated Material guidelines and include a new text input mode. Finally, Google is also shipping the latest Animations Package that offers pre-built animations that implement the latest Material motion specification.

Fonts and texts are closely associated. Thus, if you are thrilled about the application of the latest Material Text Scale, then you definitely will also be delighted about the all-new Google fonts for Flutter v1.0.

Google Fonts help let developers utilize any font from fonts.google.com and easily experiment in their application. When they create the app for publishing, they choose whether the font is pre-packed with the app package or if the user gets it via downloading from the API.

As accessibility is a crucial area of focus, the Flutter apps have been made available to as much audience as possible. The new release has brought accessibility fixes for scrolling, text fields, and other input widgets.

Google also has been working on some issues impacting Samsung Keyboard IMEs that affected text input in different East Asian languages. It has been completed by Google and Korean developers will be glad for this release.

Flutter provides a great app experience. Super formula is an online organization that performs amazing things. Recently, it has worked in association with MGM Resorts to provide a huge update to their mobile app, by redeveloping it in Flutter. The Flutter’s addition offered them extra flexibility and speed and a great value for both their users as well as customers.

Superformula with MGM created a new MGM design language for all prime mobile, kiosk, and web experiences. By making use of the new Flutter codebases, they could redevelop the app and ship it to both app stores faster than they could before resulting in 9% rise in the booking conversions of MGM.

Google is getting all set to switch out the current version of Dart DevTools with the new Flutter 1.17 release. By starting DevTools and choosing the ‘beaker’ icon in the DevTools’ topmost right corner, the developers can test this new version.

The  new Flutter version of Dart DevTools has the biggest enhancement of the new Network tab, which on clicking the ‘Record button’, displays the Flutter app’s network traffic. This release also incorporates support for an experimental option of ‘Fast Start’ that enables you to start debugging your Flutter app up to 70% faster when you are building an Android app.

With the new Dart 2.8 release, Google is launching some of the changes.

Majority of improvements in this new release are focused on the pub client tool used by both Flutter and Dart for managing app packages. Dart SDK 2.8 improves the Pub tool for the pub.dev package repository with the help of a new ‘pub outdated’ tool in order to make sure to keep updated the package dependencies, without complying with your current version constraints.

Furthermore, the team has also made the pub run significantly faster by downloading numerous packages at the same time.

Google is getting ready for Sound Null Safety in Dart ensuring that every variable expressed holds non-null value. A common source of app crashes are Null references that happen when code attempts to read variables with null values.

Performing Sound Null Safety is a huge undertaking leading to breaking changes to the Dart language and libraries. Google wants developers to be aware of such changes and file every issue on their tracker.

Flutter framework is used to develop applications that can run on multiple computing platforms.

Whereas, Dart, which is a client-optimized programming language developed by Google is used to write mobile, server, desktop and web applications.

Developers use Flutter framework to develop “native” apps on multiple operating systems like iOS, Android, MacOS and Windows. The purpose is to write the apps just once with the help of Google’s Dart programming language and have them run amazingly across all of those platforms, without the need to play with the code for every version.

The framework has been designed to enable ‘ambient computing’. Here, people can access their favorite apps and services from any given location, whether at work or home, on any type of device, with the help of a consistent set of methods and commands.

Much of the work by Google in the new release of Flutter has been on enhancing its overall performance and memory. Mobile app developers would be able to see the benefits immediately with much quicker animations, lower memory use and smaller app sizes. Developers would also be able to add responsive app navigation models to their mobile apps.

As for the new release of Dart, developers would see much quicker performance when retrieving packages and their dependencies from the pub.dev repository. They would also be able to access a new tool known as pub outdated, which automatically updates the packages and keeps them current. The Null safety feature would add optimizations to enable developers to create quicker and more stable user interfaces.

The new Flutter release seems to be promising in solving all the issues faced by the developers. The Dart and Flutter new versions would definitely help to build stronger apps across the platforms.

With all the potential and capacity that Flutter and Dart offer, are you thrilled to use the new versions of Flutter and Dart to build advanced mobile applications? If yes, then connect with us via email. Our team will reach out to you very shortly.