List of the Best Python Frameworks for Mobile App Development 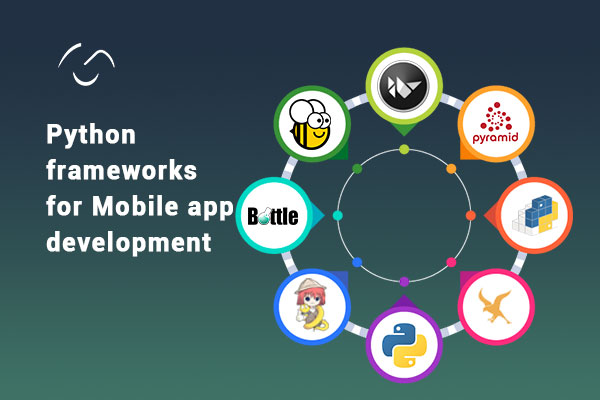 Python is a general-purpose programming language. This high-level language is used to develop web apps, machine learning apps, and other cutting-edge apps in the software industry. It is a well-suited language for beginners and experienced developers with a good knowledge of programming languages like C++ and Java.

Below are some facts about Python:

Python has endless features to offer. Its readability and ease of use can translate into faster development which is really needed in the mobile app development industry. In the mobile app development industry, speed to market is really important in gaining and keeping market share. On the other hand, neither Android nor iOS support interpreted languages, which suggests they can’t natively run Python apps. That’s where a number of frameworks fill the gap to enable Python apps to be run on mobile devices with a native look and feel.

Python development focuses on rapid application development. Its easy-to-understand syntax and wide range of libraries put it out of the box and make it a handpicked choice for developers. Here are some of the reasons that make Python the best pick of mobile app development:

Why Use a Framework?

Instead of a framework, we should call it a toolbox. It consists of pre-written, standardized packages, and modules that make the development process of mobile applications faster, easier, reliable and scalable. Another benefit is that you don’t need to do all of the grunt work yourself, frameworks come with built-in components that “set up” your project from the scratch.

Python is a server-side technology and its web frameworks are originally employed to support URL routing, HTTP requests and responses, accessing databases, and web security. When building web applications, a web framework can help you build complex applications in a blink of an eye.

The reason that Python is one of the most widespread programming languages is that there is no shortage of frameworks. There are benefits as well as drawbacks of using different frameworks. That being the case, the selection should be based on the project’s requirements and developer choices.

Kivy is a free and open-source application and game development framework based on Python. It allows developers to build apps and 2D games compatible with desktop and mobile devices. It comes with a quite comfortable licensing scheme, giving them the liberty to develop apps for commercial purposes.

The main features of Kivy include:

BeeWare is another Python-based free and open-source application development framework. It designs applications that can be written once and run everywhere. Developers can deploy the same codebase to create and develop apps for both desktop and mobile operating systems. Apps built using BeeWare integrate well with platforms and maintain the native, platform-specific look and feel. BeeWare also has quite easy licensing terms, so developers can use it for commercial projects. The main features of BeeWare include:

Pyqtdeploy is a little different. It is not an application development framework. It is a set of tools that enables developers to package their PyQt application for multiple platforms. The platforms include desktop, Android, and iOS. Pyqtdeploy can package GUI apps, CLI apps as well as libraries. It is also used for building packages for Python apps that don’t use PyQt libraries. Pyqtdeploy is licensed under the BSD license, allowing developers to use it for commercial projects.

Python-for-android or p4a is also not a framework. It is a set of tools that are used to package Python apps for the Android platform. It consists of a robust build toolchain, allowing developers to create “apk” files for Android that can be even published on Play Store. Python-for-android was largely developed as a packaging advantage for Kivy apps, but now it has evolved considerably and enables the packaging of other Python-based apps as well. Other main features of Python-for-android include:

Ren’Py is a free and open-source Python-based tool. It is used for creating visual novels for both desktop and mobile devices (Android and iOS). It emphasizes a graphical project management tool as well command-line utilities to build your own games. Besides visual novels, developers can also use them to design simulation and RPG games using its scripting system. Other main features of Ren’Py includes:

The bottle is a Python-based micro-framework. It is fast and simple to develop small web applications. It is classified as a separate file module and has no dependencies other than the Python Standard Library. It offers:

Pyramid is a small web framework for Python 2 and 3. It is developed to create web applications easier and faster. Pyramid offers only the basic tools required for almost all web applications: mapping URLs to code, security, and serving static assets, for example, files like JavaScript and CSS. With its packaging tools, logging, virtual environments, and many more, Pyramid supports standard Python development practices.

Falcon is a reliable Python web framework. It is a high-performance framework that is used for developing large-scale app backends and microservices. Falcon apps work with any ASGI or WSGI server. It works under CPython version 3.5+ and PyPy version 3.5+. A few of the features are mentioned below:-

Python can handle almost any type of request, making it remarkably useful for all types of development tasks. Python is now used in an extensive range of applications, from medium and large enterprise applications to gaming. It would not be wrong to say that Python has swiftly changed the world of mobile app development.

At OnGraph, we have a proficient team of Python programmers who can assist you in developing a Python Application around your business solutions. Let’s get connected for a free session today.