Java vs .Net: Which One To Choose For Android App Development? 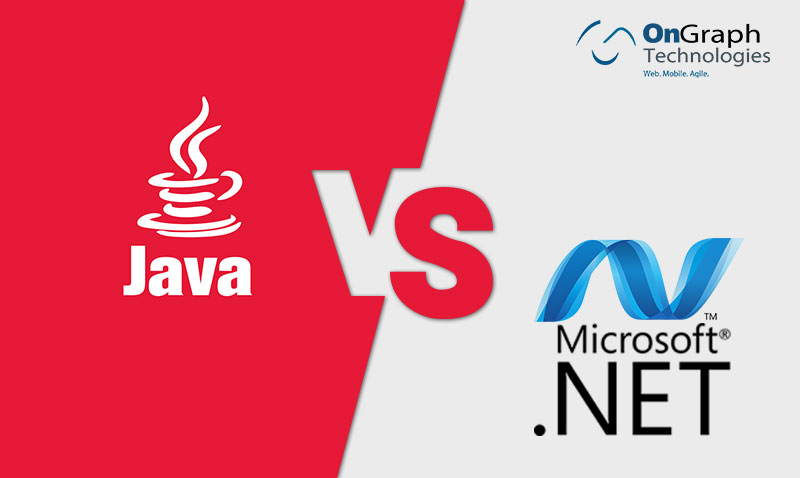 JavaScript and HTML/CSS are the essential building blocks of any project, with about 68 percent claiming to have used JavaScript, while 63.5 percent to have used HTML/CSS. Java not only has emerged as one of the most widely used programming languages in 2019 around the world, but has also been encouraged by Google. Here, as we try to see which one is better as of Java Vs .Net, we observe that there are some precise differences and twists that all Android developers need to get their heads around.

For a number of good reasons, Java is still preferred by Android developers. The reason being that it is a long-lasting programming language, is extra durable, portable and is capable of operating similarly on any of the operating systems or hardware.

According to Statista, Java has been one of the most widely used languages.

Though, unlike typical Java code, Android programming is hugely made up of Java and its successive API’s have been designed so as to be called primarily from Java. Later it was considered to be an official language for Android programming, until Kotin emerged. Moreover, though it is possible to build C and C++ apps using the NDK (Android Native Development Kit), Google presently does not promote it. It states that most of the apps will not be able to benefit from the NDK. It will be required to balance the benefits against its drawbacks possibly by using native code on Android. This, however, does not result in any specific improvement in performance, rather always increases the complexity of your app.

Converting Java files into Bytecode is similar to compiling an Android app. However, the scenario is different. As soon as the Bytecode composed app is installed on the device, that Byte code is optimized into machine code for that particular Android device, thus enhancing the app’s runtime performance. The process is known as Ahead of Time (AoT) compilation and is made possible by the ART (Android Runtime) virtual machine.

.Net developers can go for Android App Development through Xamarin Studio IDE from Xamarin. An Android app developed with Xamarin Studio is required to be executed within an occurence of a Mono-based virtual computer. The Mono virtual computer then executes with Android’s virtual computer side-by-side. A group of classes can be used in order to access the functionalities of native Android that appear like classes in the .NET framework other than the fact that they bind to the Android API under the hood.

This proves to be especially helpful when there is a need of faster startup time, holding onto Visual Studio IDE and writing the code in C#. The resultant Android Application’s size can be a bit too long leading to an issue for an iOS or Windows Device due to limited memory capabilities.

However, a good point is that it is possible to reuse the same code across multiple mobile platforms.

A Glance At The Basic Differences Between Java and .NET

Java is managed by “C” and extracts most of its syntax from C and C++. Thus, one can see some similarities between Java and .NET. However, Java has less low-level facilities.

Though, the performance of Java vs .NET is identical in many areas.

From the above discussion, we can conclude that in Java vs .NET, there is no good or better, or right or wrong choice. Both of the technologies have their specific positive as well as negative aspects. And, both of these can help you build dynamic and feature-rich applications.

Moreover, regarding the question of which one to pick for Android app development – Java vs .NET, the suitable answer is:

In order to grow and thrive in the competitive market, one will require both of the languages. Each one has its own benefits. Businesses can leverage on the advantage of the positive aspects of each and build high-performing applications.

Furthermore, to take advantage of both the services, a company needs an outsourcing partner that understands its requirements and also the market trends and then builds applications using the latest development capabilities.

A company needs skilled developers who can mentor them and offer the much-needed tech support.

Going by the track record of the quality services that we offer and our dedicated and skilled team of development professionals, we can prove to be a great choice for an outsourcing partner.

We can actively provide you the services that you are looking for, and assist you in solving this riddle of choosing between Java vs .NET.

So, let us get in touch via email and see how we can assist you in realizing your dream project.