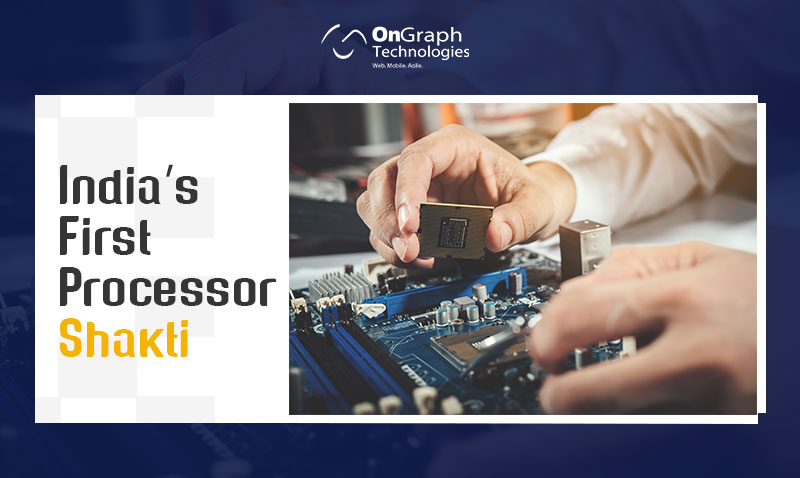 Shakti is the first Microprocessor of India and is one of the biggest achievements of our country. It is an open-source RISC-V processor (instruction set architecture) developed by IIT students Madras, India. It is used for building open source, production-grade processors and associated components like peripheral IPs, verification tools, interconnect fabrics, SOC tools, and storage controllers. The chip can be used in low-power wireless systems and networking systems.

According to the announcement of Professor Veezhinathan (Department of Computer Science and Engineering at IITM), Shakti is designed in a way that it will never get outdated.

The reason being it is built keeping international standards in mind and it is among the few open-source microprocessors available in the world market today.

The root concept in the making of this microprocessor started in 2011. Finally, the project gained the speed in 2017, when the Indian Government granted the fund of INR 11 Crore to it.

To build Shakti, the students took assistance from Intel and its 22nm FinFET Technology using which they were able to aim and build 6 variants of processors based on the RISC-V ISA.

Shakti is also being used to develop a base VLSI flow to contribute to the large part of the ecosystem. All the other parts of Shakti might not be open-source, but the source code, the scripts, and the environment to plug-in SHAKTI components are open-source and patent-free. This means, that the source code can be used, modified, and distributed easily as long as it meets the license policies.

The Software Development Kit (SDK) is available to the public on GitLab.

The microprocessor has now become so successful that the designing, functionalities, and the security measures are being asked by several other countries.

As explained by Shakti Team here are the various ecosystem components that cater to different segments of the market:

There are several advantages of using open-source software such as lower total cost of ownership, better access to innovation, extensive customization opportunities, fewer bugs, and so on.

While Shakti has so many advantages and has been built keeping in mind the key components required for enterprises, it will definitely provide “Shakti” to India’s electronic manufacturing ambitions.