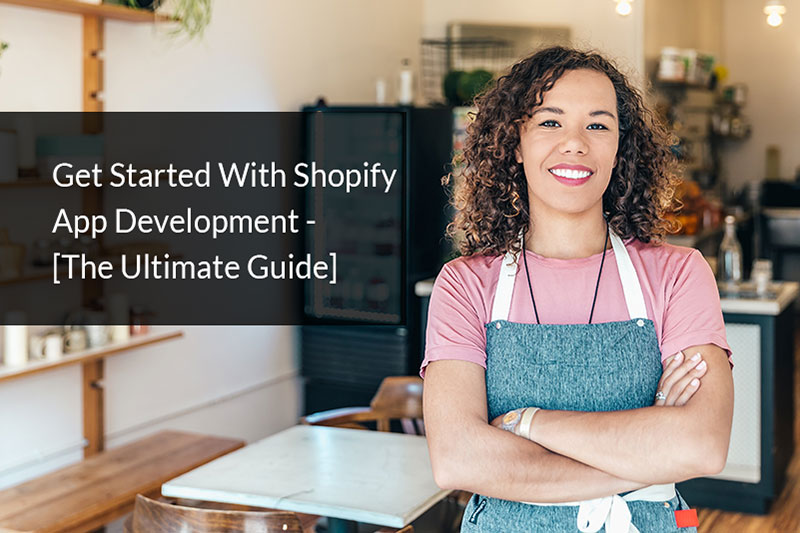 It would be safe to say that ecommerce is definitely the future of retail businesses. This fact is also proved by the rapid growth of the industry. If you are also planning to open a shop online, then Shopify app development is the answer for you!

Everyone from big brands to Instagram influencers make use of Shopify today to sell their products as well as merchandise. In fact, by 2021, the global retail eCommerce sales are predicted to reach $4.9 billion. In this growing industry, Shopify is one of the few platforms that is actually taking the lead. Over the third quarter of 2020, Shopify reported total revenue of more than $767 million, which is a 96% growth from 2019.

Shopify today supports over a million businesses from 175 countries. Businesses use the platform so as to manage their ecommerce websites, sales, marketing, and related operations. Apart from supporting businesses with their ecommerce requirements, Shopify also provides solutions for offline, brick-and-mortar operations.

As a Service (SaaS) eCommerce platform, Shopify is a Software that provides you with all the necessary tools in one place to create your own store and start selling online.

Shopify has been serving merchants and customers since 2006. Today, it is being used by over 1 million businesses throughout the globe to sell their products online.

How Does Shopify Work?

The ease of use of Shopify is its biggest selling point. Contrary to using other website building platforms, Shopify enables you to manage all aspects of your website as well as the online store in one place.

With just a few clicks, one can easily build an online store using Shopify. There are absolutely no advanced web design tasks or coding involved.

The platform can be used to sell your own digital products, physical products, dropshipping, and can also be used as a PoS (Point of Scale) system for selling online products in-person.

Need to Build a Mobile App For Your Shopify Store

As you are aware of the fact that today Shopify is the biggest eCommerce website builder with millions of merchants using its service. It provides a basic website that also works effectively in mobile browsers. Although, effective mobile commerce begins beyond a mobile website.

There has never been a better time to develop a Shopify app. Over 1.7 million merchants across the world build, scale, and manage their businesses on Shopify. Applications play a significant role in their success by empowering them to meet the unique requirements and challenges of their business. In fact, applications are so critical to the merchant journey that the average Shopify merchant has 6 apps installed on their store.

With a rapidly changing commerce landscape and the diversity of the merchant base growing by the day, there are always opportunities for developers to develop creative solutions to diverse merchant problems. Every stage of the entrepreneurial journey of a merchant is a standalone billion-dollar industry – from marketing, customer management, to sourcing products, order fulfillment, and more.

How Apps Fit Into Shopify?

Shopify has been designed so as to get merchants up and running out of the box. However, every merchant is unique, and so they make use of apps in order to solve their specific challenges.

In the Shopify context, applications are basically web apps that extend the functionality of Shopify stores. They enable merchants to customize their experiences on Shopify so as to exactly fulfill their needs.

There are basically three different levels of accessibility that your app can have:

In addition to the app types, the applications can take two different forms – standalone apps and embedded apps.

Standalone apps: These expose their own user interface, on their own web domain, and don’t have access to app extensions.

Embedded apps: These are hosted on your own infrastructure, but integrate more deeply with Shopify by making use of Shopify App Bridge, and directly display in the Shopify merchant admin or POS (Point of Sale) inside an iframe.

Embedded apps also allow you to add features to certain parts of Shopify user interface (UI) as well as online stores through app extensions. When you make use of an app extension, Shopify transmits information to your app when the merchant interacts with Shopify, then surfaces your app back to the merchant through the extension. App extensions can be used to extend into:

Because of how closely they are integrated with Shopify and also how much better of a merchant experience they deliver, we recommend creating embedded apps.

Getting started with Shopify App development can feel daunting if you are not sure where to begin. Now that you have learned many things related to the Shopify ecosystem, the only limit is your creativity now. Now as you have got what you require to start creating a Shopify app, just begin sailing and enjoy the journey.