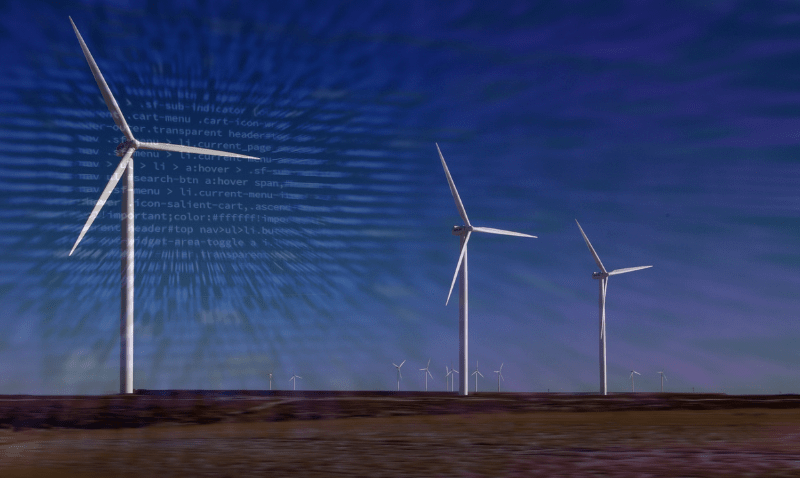 The main purpose of using wind turbines is to convert the wind’s kinetic energy into useful mechanical power which can further be used for tasks like pumping water and grinding grains. The mechanical power can also be converted into electricity to give power to homes, businesses, and schools.

Carbon-Free technologies like renewable energy help control climate change, however, most of them are unable to use their full potential. Wind farms are the best example of carbon-free electricity, though the electricity generated is unpredictable as it depends on the variable nature of the wind.

However, DeepMind and Google found out a way to utilize the energy to its full potential. They make use of machine learning algorithms to 700 megawatts of wind power capacity in the central United States to collectively generate as much electricity as needed by a medium-sized developed city.

Using this software, wind output prediction can easily be determined and Google will utilize the energy for its green energy initiatives. According to the DeepMind, the set deliveries of energy output can be scheduled which can provide more value compared to the non-time-based deliveries.

According to Google, the software is performing extremely well and has improved the value of wind energy.

Gary Cook, a senior energy analyst at Greenpeace in Washington, D.C. believes that Google can’t increase the wind output, but it can provide more reliable data so that the operators can have more certainty about what’s being generated to manage accordingly.

How is it possible? Let’s find out.

Grid providers duty is to match user demands with the amount of electricity being generated using unpredictable resources like wind.

However, energy retrieved with unpredictable sources adds to their cost of operations. As the consumers do not know how much electricity they are going to get from such sources, they have to keep a backup plan such as batteries. However, if they can get an early warning about how much amount of energy they are going to get from unpredictable sources, they can reduce their demand accordingly.

Use of alternative energy models can have a negative impact on the global climate. Making use of optimized models like renewable energy sources rather than fossil fuels will be more effective and environmentally-friendly.

The collaboration of Google and DeepMind is doing analysis on how to improve and provide reliable data for a certain place. To make that analysis successful, Machine learning will be far better than the analysis done by humans.

Machine learning is capable of recognizing patterns that would be highly efficient and productive for humans.

Machine Learning-aided maintenance is soon going to be introduced which will increase the value of alternative energy. Using technologies like Artificial Intelligence most of the applications will be invented, however, it is important that machine learning becomes more generic and more easily applicable till then.

One of the Machine Learning applications in the maintenance of the infrastructure such as offshore turbines. It is extremely difficult for humans to go 20 miles offshore and climb a 300- or 400-foot tower in the middle of the sea.

AI-assisted prediction, on the other hand, can prove to be extremely valuable and can tell whether the service is required or not.

Although it is impossible to totally eliminate the wind’s variability, machine learning can give more accuracy in its prediction.

Witherspoon, Programme Manager at DeepMind and Will Fadrhonc, Carbon-Free Energy Programme Lead at Google wrote that the machine learning approach can help to reevaluate the wind’s variability and drive further adoption of carbon-free energy.

Is Google Showing its Duplicitous Behavior?

Google has cut billions of dollars deal to provide automation, cloud,  and AI services to the world’s biggest oil companies. The deals must focus on automating the climate crisis instead of improving the oil and gas extraction operations.

Although Google can use its Machine Learning capabilities to find more oil reserves above and below the seas, the new tools, and technologies can help oil companies to find a way to trim the cost of highly-paid resources.