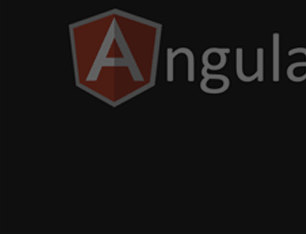 Businesses are enormously influenced by the performance of web technologies which they use for their respective projects. Hence, it ends up noticeably important to dig out all such factors which are stopping their business growth.

Measure the structure of your application to ensure faster loading of your web app. By performing standard practices of bundling, it is easy to reduce the number of requests that the browser needs to perform in order to deliver the application requested by the user. In short, the bundler receives as an input a list of entry points and produces one or more bundles. This way the browser can get the entire application by performing only a few requests, instead of requesting each individual resource separately. As your application grows bundling everything into a single large bundle would again be counterproductive.

2. Ahead Of Time Compile

AOT is considered as a more appealing alternative than JIT for production purpose. While coding, the application still runs using the just-in-time (JIT) compiler. But you should look to find how you can integrate AOT.

The difference between AOT and JIT is a matter of timing and tooling. The compiler runs once with AOT at build time using one set of libraries, whereas with JIT it runs every time for every user at runtime using a different set of libraries.

Why Do AOT Compilation?

Compilation uncovers many component-template binding errors. JIT compilation discovers them at runtime, which is late in the process. The ahead-of-time (AOT) compiler can catch template errors early and improve performance by compiling at build time.

Every new version of technology comes with many reassessed and refined concepts. After the release of Angular 2, the next big update for Angular is now available: Angular 4. Now Angular can be used in many different programming languages like Dart, Typescript or ECMAScript 5 among others. You must adopt a new version of the framework to stay up to date.

In the new release, some major improvements and functionality are added to enhance the application performance. Angular 4 make applications smaller and faster. Angular 4 offers around 49.78% reduction in main bundle size in comparison to Angular 2. It’s much quicker to complete while ensuring smaller loading time. New updates with improved functionality offer more efficient migration along with more added features.

The primary goal of version 4 was to make Angular compatible with TypeScript’s strictNullChecks setting while enabling it a more restrictive subset of types to be mandated. More work has been done to allow it function properly in all use cases, hence the company intentionally made 4.0 incompatible with the strictNullChecks setting to escape breaking apps that would otherwise eagerly adopt this TypeScript mode when the proper support lands in 4.1 (tracking issue is #15432).

Lazy loading ensures faster performance and better user experience. A large-scale application will contain lots of feature modules which require not be stacked at the same time. Lessening the size of a bundle when the app loads initially significantly increase the app load times thus improving the user experience.

Once you work out the functional areas of an application, its overall size will grow. Sooner or later you come to a point where the application starts to stack gradually. At that time, Lazy loading helps to reduce the initial load time for a medium as well as vast applications.

Create polyfill builds based on the client’s browser and serve only what’s needed. This allows you to write modern JavaScript without worrying too much (you should still do due diligence) about browser support as well as not penalizing modern browsers with unnecessary polyfills.