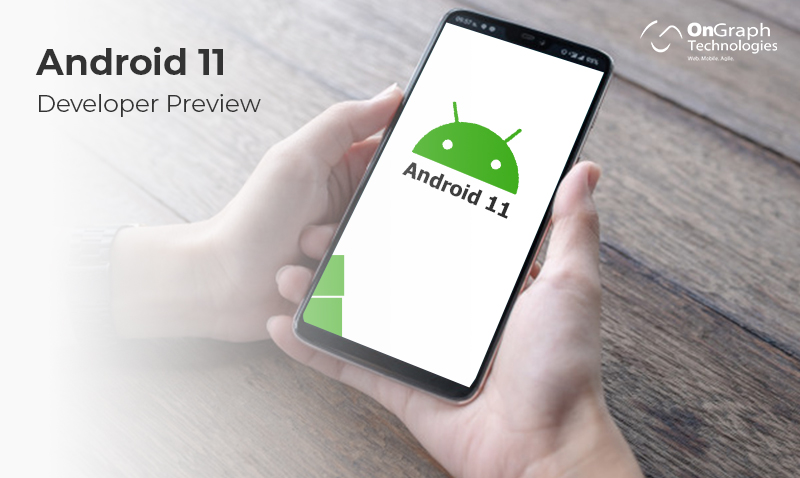 Android has recently released the developer preview of its upcoming Android 11 OS that gives us an insight into some of the best Android 11 features that could make the experience of the users a bit better.

The developer preview is currently available only on Google Pixel smartphones. It is basically intended for the developers who are building Android applications. Thus, installing it on your Google smartphone is not recommended. Android 11 will be released officially this year. So, it is going to be a while before one can use Android 11 features on their phones, but we know some of its interesting features it might bring. So, let’s have a look at them…

It is reported that Android 11 now has the ability to schedule when you would like your device to shift to dark mode. You will have two options – either you can set a custom time or based on the sunrise/sunset times in your time zone, you can have Android shift between dark and light mode.

In the new update, these continuous notifications are listed in the “Apps active in the background” section underneath all the app notifications.

Furthermore, the notifications shade also receives an update where now it includes a “History” button next to the “Clear All” button which lands you at the history page of the notification.

Most Android users are familiar with the Chat Head bubbles that are found in the Messenger app of Facebook. Majority of users have also assumed the introduction of such a feature in other applications as well. And the time has finally arrived.

The bubble feature is making its way with Android 11. It has also been informed to the developers by Google to start using the bubbles API, so that once the Android 11 releases, apps should start making use of the tool.

In a mission to make the security and privacy of Android the best, the company will be releasing a new option in the permission system of the platform. In Android 10, users have the option to provide an app two different permissions for location access – While Using The App or Deny.

In Android 11, however, a new permission will appear: Only This Time. This means that the users will be able to provide permission to an app to use location access once. There’s no evidence if this permission request will appear each time the app is opened or only once, meaning the user will be required to re-install the app to provide it location access. But all in all, Google is really working up to improve the platform’s security and privacy.

As per the developers, the Android 11 update will bring larger preview windows for the recent apps and will also have the “Share” and “Screenshot” options at the bottom corner on each side. The “Screenshot” option will take a screenshot of the app being opened on the carousel of the recent app. On the other hand, the “Share” option takes not only a screenshot but also opens the quick share section immediately where one can share the image on multiple platforms such as WhatsApp, e-mail, etc.

To capture the screen recordings on Android, the users had to make use of a third-party tool such as AZ Screen Recorder. With the release of the new Android 11 update, those apps may not be required any longer.

This screen recording feature appeared in one of the Android 10 builds briefly, however, it disappeared quickly. Hopefully, the developers will leave this feature in this time, so that the users can take video screen grabs of their devices and share with others.

This specific feature has been in testing ever since the Android Q’s beta version was released. And now, it is finally coming to the Android-based OS.

You must have been in times where you closed an application accidently from the recent apps carousel and had to restart it all over again. Well, now Android 11 includes an undo feature for the recently closed apps where you can bring back any app that you would have terminated accidentally simply by swiping down on the recent app section.

In the beginning, this feature will be on the Pixel line of devices only. It allows the user to pause or play with a Motion Sense gesture. Thus, while listening to music, the user can gesture with their device to either pause or play the current tune. In case you are someone who constantly needs to pause the music to converse with someone, then this feature will prove to be handy for you.

A take on the iOS’s Airdrop, known as Fast Share or Nearby Sharing is one of the most anticipated features to be introduced in Android. This interesting addition is believed to happen with Android 11. If this feature gets introduced in Android, sharing files between Android devices will become incredibly easy.

There is another new feature which will be coming to the Android 11 second developer preview, known as Resume On Boot. With this, any number of times an Android 11 device reboots following an overnight OTA update, it will immediately be able to access Credential Encrypted storage so as to start receiving the messages straight away.

In Android 11, there will be two important API additions. 5G state API is the first one which will make it possible for Android to view if a user is presently on a 5G network. With this API, the developers will be able to activate certain experiences available to the platform when on the next-gen, faster network.

The other API is concentrated on foldable devices. With this, it will be possible for the API to read data from a hinge-angle sensor so that the apps will be able to adapt to the device hinge’s angle.

Considering everything, we can expect the Android 11’s official reveal in mid-2020, usually it would have been at Google IO 2020 in May. However, with the cancellation of that event, we will now have to wait and see what the company organizes as the replacement.

You can drop us an email and our team will respond back to you very shortly.