All You Need To Know About iOS 11 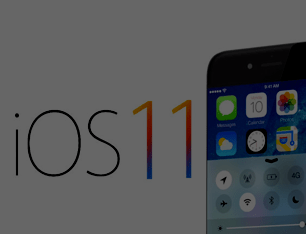 Apple has finally got its latest and greatest mobile operating system called iOS 11. Packed with tons of new features and small tweaks, the latest version of Apple is ready to represent a new benchmark with iPhone and iPad. However, the features are many, that navigating through them all can end up being a pretty daunting, and confusing also. So, in the following article, we will only discuss the features of iOS 11 that you must know about that could help you significantly in your day to day life.

With iOS 11, you will come across to the biggest difference i.e. in Control Center. Control Center is back to being just one screen. There are now tiles that you can 3D Touch to expand to view more information. Things like Night Shift have been relocated from their old home with a facility for you to customize things a tiny bit with it. Be ready to experience quick access to some of the features on your phone you use the most.

Though control center in iOS 11 is redesigned to allow users to toggle various settings such as turning wifi and Bluetooth off, however, it comes with a weird feature. It actually doesn’t turn them completely off as you might expect it to be.  Pressing the wifi toggle immediately disconnects the iPhone or iPad from any wifi networks, but leaves the wireless radio available for use by location services, scanning for the names of nearby wifi access points. If you want to completely turn off them, you will require going a bit deeper into iOS 11’s controls.

iOS 11 also packed itself with many automatic features regarding first-time setup and account login. The process makes it quite simple to connect and share wifi networks within Apple devices. Now you can share wifi password with your friends by just holding your phone or tablet next to their device. You can experience this amazing trick with iPhones and iPads running iOS 11 as well as Macs running macOS High Sierra

Keeping in view the security concerns, Apple has also stressed upon security and emergency features in iOS 11.  Emergency SOS in iOS 11 is one of those features you never wish to use, but also the one you are going to be happy you set up within your device. The can activate the feature by pressing the power button on your device five times in a row. That way your phone can call emergency services as well as notify your emergency contacts that you are in a situation and send your location. Additionally, it will disable your TouchID on your phone, so an attacker (or whomever else) can’t get access to your data.

With an on-screen keyboard, you always have an option to change how it works with a software update. That’s exactly happened with iOS 11. The iPad keyboard uses something called Key Flicks to give fast access to double the number of keys without changing the layout or making anything smaller. Now Apple has added a new “Flick Keys” feature with iOS 11 that is meant to make it easier for you to get access to symbols like @, #, and $. Now those symbols and more share keys with the traditional letters. Swiping down on the button when you tap it will transform a letter, for instance, the D, to the symbol that’s also on its button. In this case, you’d get a $. Depending on who you are, it’s either the best or worst new feature ever.

Screenshots are now much easier to edit and share with new mobile operating systems. After updating your device to iOS 11, you will be surprised by new screenshot editor. Apple devices like iPhone or iPad will serve you the option of landing a separate editor where you can write on that image, crop it, or add things such as speech bubbles, arrows, or underlines.

Do Not Disturb While Driving is an extension of Apple’s Do Not Disturb feature. This limits notifications on demand or during a schedule you set up. While limiting or muting notifications, this feature can also reply to contacts who send you messages while you are driving, giving them a heads-up that you are on the road. Apple provides tree different activation methods for this feature, including automatically, when connected to car Bluetooth and manually.

With iOS 11, Apple changed up how you activate the Night Mode on your phone. The company originally introduced Night Shift in iOS 9.3 as a way to make screens a little easier on the eyes at night. With iOS 11, Apple has provided a new ‘Smart Invert Colors’ mode for your device that expands on an accessibility feature in iOS and makes for a pretty solid nighttime display option. Unlike traditional Invert Colors option, once activated, it keeps things such as graphics and images in their original format and with their original colors, at the same time adding colors of the user interface. It’s kind of the best of both worlds.